Nina Marker is making a name for herself as no ordinary model. Her quirky sense of humour, as seen on Instagram, earned her the attention of a slew of magazines like Vogue. Not only that, she has used the platform to talk candidly about modelling with Asperger’s, a form of autism.

We take a look at some of her career highlights to date, and what people have been saying about this Danish girl. 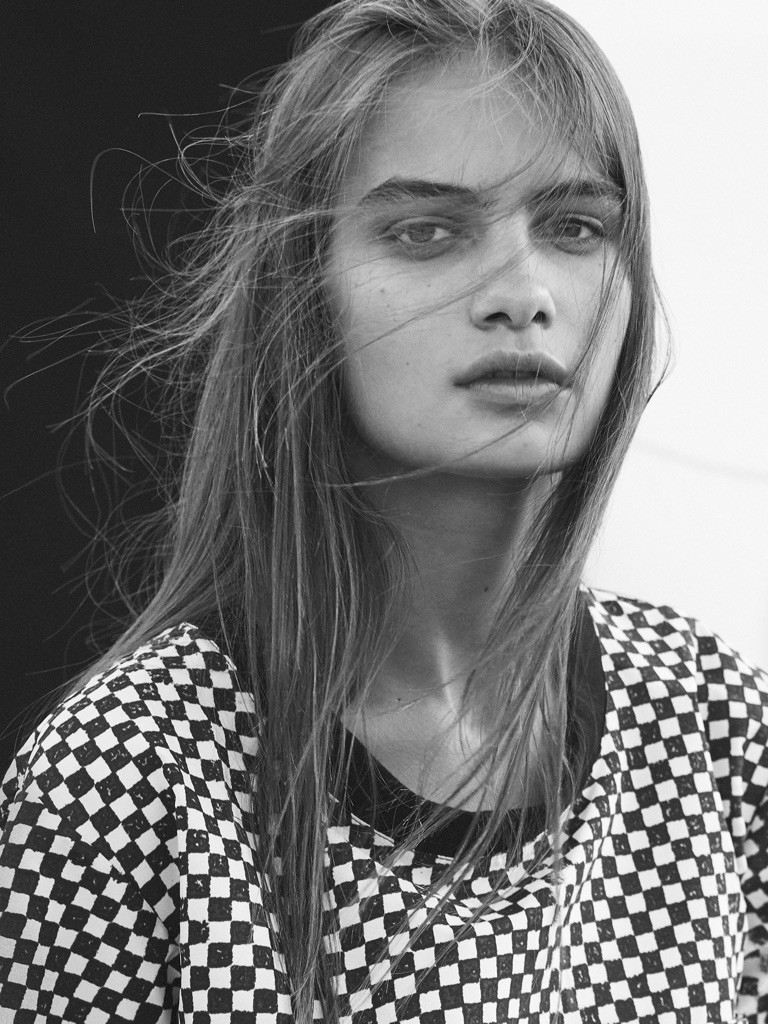 Voice of a generation

Nina has a form of autism called Asperger’s Syndrome, which she has shared on Instagram. She was interviewed about it for Vogue. They said: "Diagnosed with autism at the age of 15 after experiencing issues with her education and personal life, Marker hopes that speaking out will bring about changes that can prevent others from going through similar difficulties. “It’s important to me because the lack of [awareness] has created some issues in my life that maybe wouldn’t have been there if my autism had been discovered earlier,” says Marker, who found out she had Asperger’s syndrome only after seeking out treatment for her mental health. “I went to a psychiatrist when I experienced a deep depression—which stemmed from my local education system handling my condition incorrectly.” Due to the lack of programs in place to help children with autism, Marker faced an uphill battle at school. “There was still no support from the school or the systems behind it. This was rather damaging, since I didn’t learn or pick up stuff the way the other kids did.” 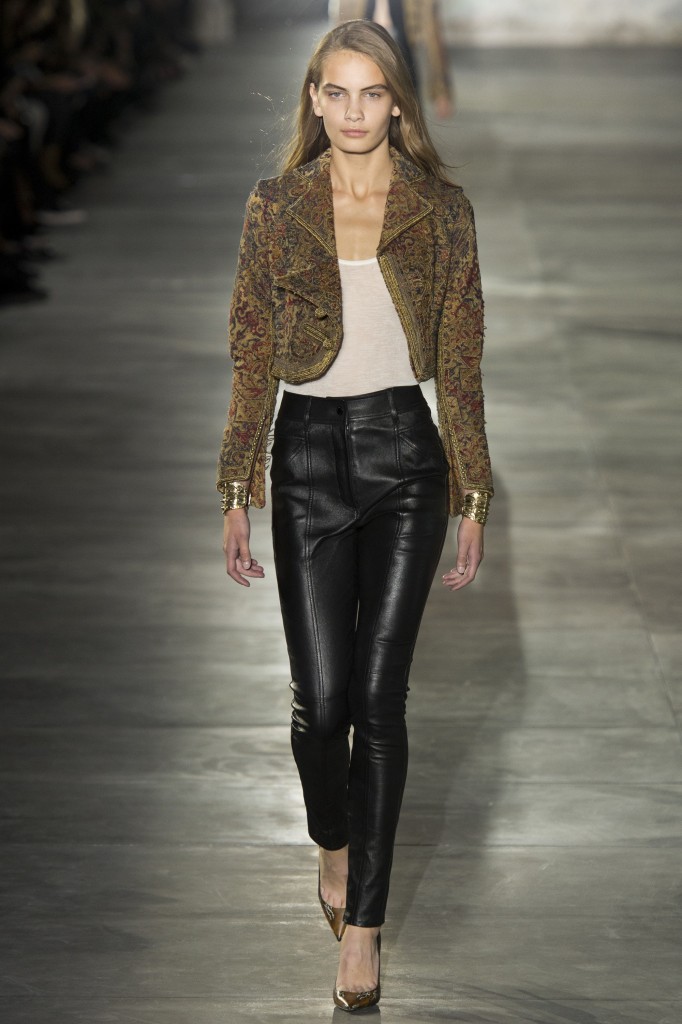 Nina’s breakout show was Anthony Vaccarello’s first show as designer for Saint Laurent. The show was held in a former monastery and then a military headquarters. The collection was inspired by a 1980s party girl in leathers, and reintroduced the YSL logo to the brand. She has waked in two shows since then – Fall Winter 2017 and Spring 2018.

Munir Bouylud, Organiser of Elite Model Look Denmark, is the industry insider who possibly knows Nina best. He told us: "My first impression of Nina was that she was very beautiful, with a big personality for such a young kid at the time. She was only 15 when she took part in Elite Model Look, and she didn’t know much about the Industry – like most kids at that age! I remember how EML gave her that insight and strive to become the next top model… this is where it started! What makes Nina different is that she is outgoing, very quirky, funny twisted humour and has a strong personality that really makes people remember her."

At the beginning of this year, Nina featured on the Elle Denmark cover. They wrote: “Despite her young age, the Danish top model has already gone confidently down some of the biggest fashion houses' catwalks from Chanel and Saint Laurent to Versace - and now she sees the front of Danish ELLE. Nina Marker is 20 years old and, among other things, known for her incredible beauty and distinctive eyebrows.” 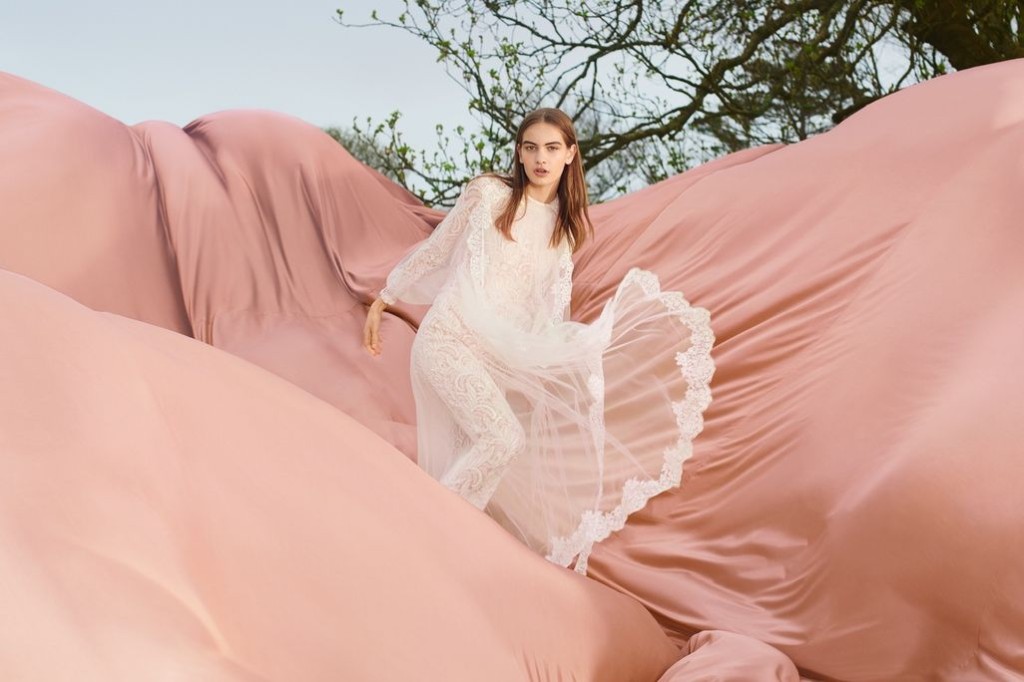 For Fall Winter 2018, Stella McCartney shot her campaign in the Scottish countryside where Stella spent her childhood summers - and Nina was a star. Shot by British photographer Johnny Dufort, the collection, as every season with McCartney, is eco-conscious, and features local community such as the Kintyre School Pipe Band.

Vogue wrote: “Few people had a busier Milan Fashion Week than Nina Marker, the Danish top model who has been present for the week’s biggest events. Whether she was stomping down the runway with the supermodels at Versace, joining the crowd at Angela Missoni’s 20th anniversary collection, or walking for Karl Lagerfeld at Fendi, Marker made her mark.” 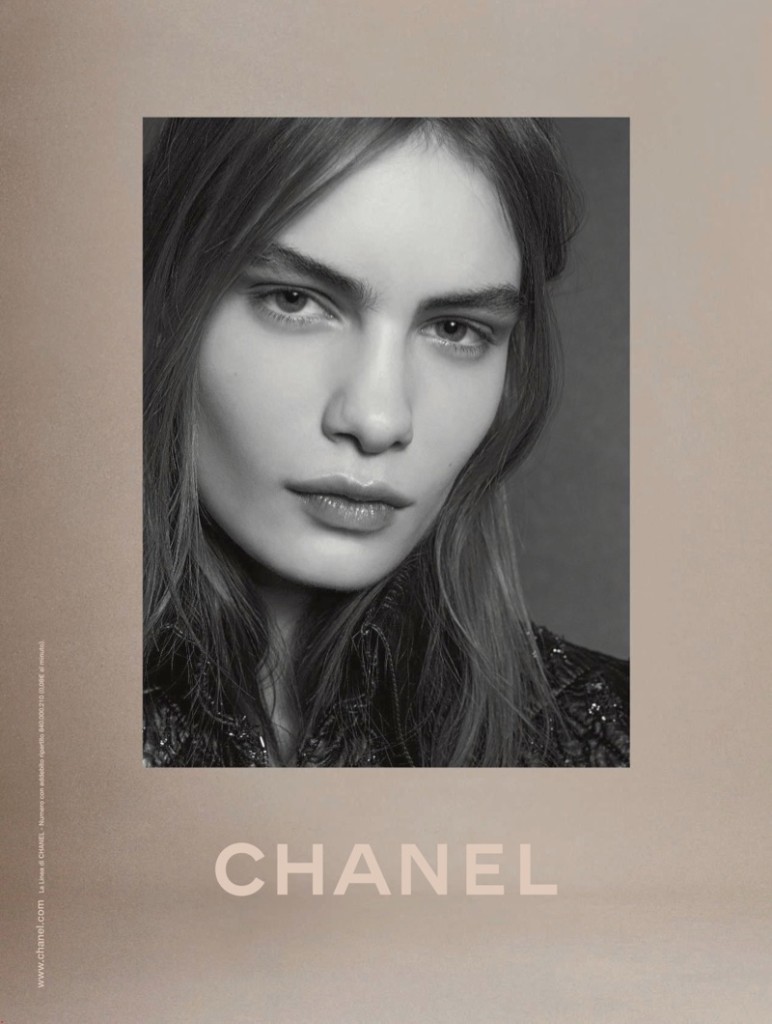 Nina is one of seven models who star in the Fall Winter Chanel campaign for 2018. The campaign was shot by Karl Lagerfeld himself, and styled by super-stylist and longtime Lagerfeld collaborator Carine Roitfeld. The cast includes Elite girls Yoon Young Bae, Adesuwa Aighewi, Hoyeon Jung and another star from the class of Elite Model Look, Vittoria Ceretti. Industry favourites - hairstylist Sam McKnight and makeup artist Tom Pecheux - were on set working their magic on the new collection of signature tweeds and youthful elegance. 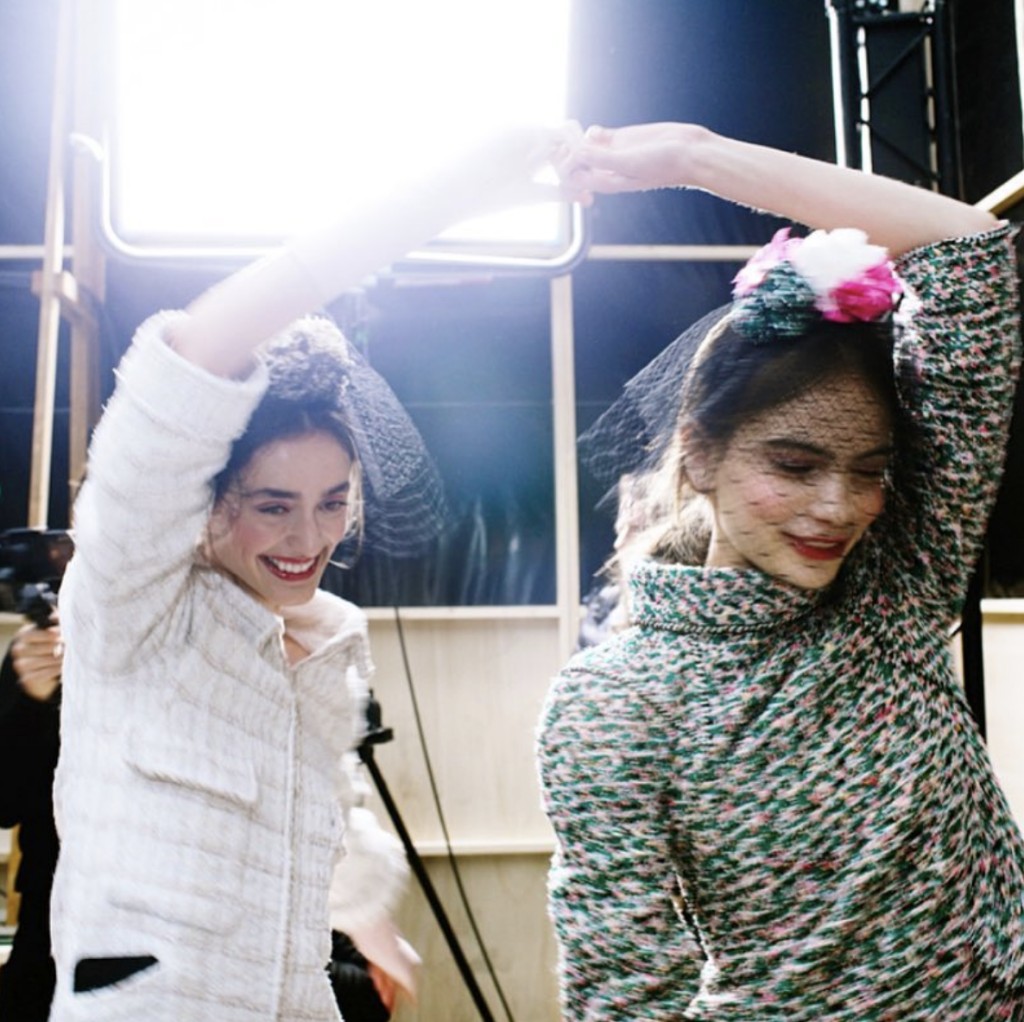 She was interviewed for Elle Denmark about the experience of fashion week. In the interview, she was asked about what it's like to do shows in the age of social media, where everything is played back. "It's worst when you go out for the finale and there's no clapping because everyone's filming it instead - just go there with complete silence. It's really strange ". She also told them that she is most inspired by other models who are also her friends: "I do not really look up to anyone other than my girlfriends - if they do something cool, I think 'nice, I want to do that too!'" 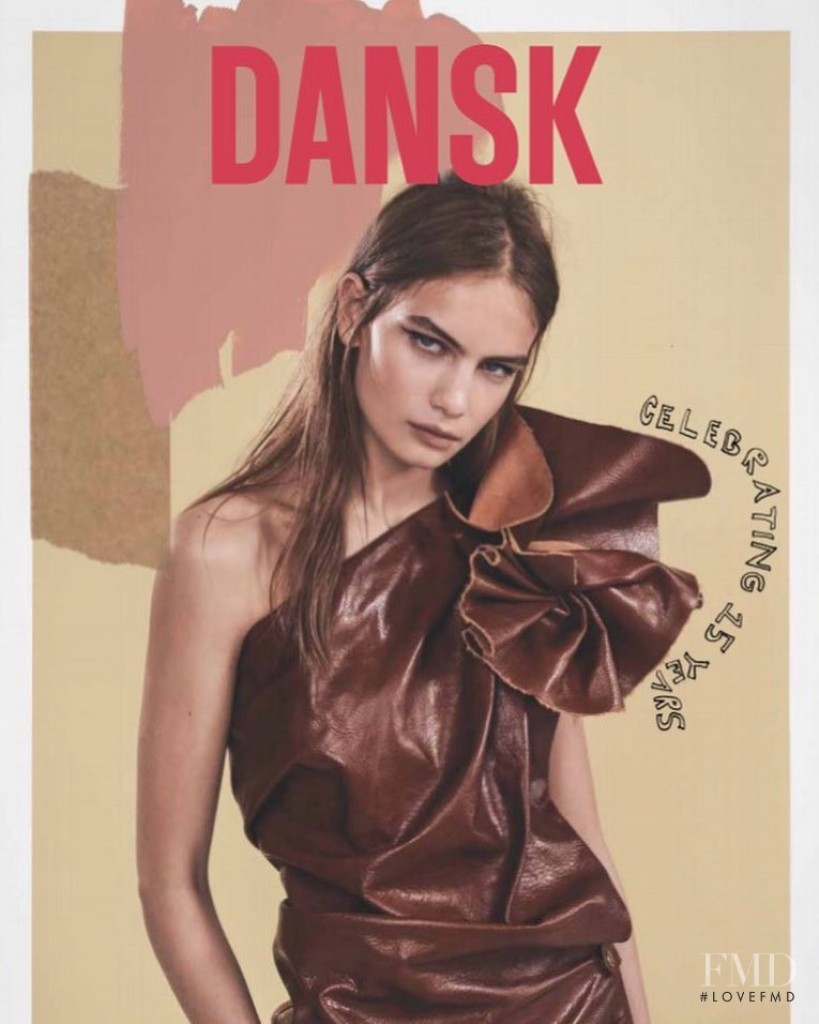 PopSugar wrote: “Danish model Nina Marker has already amassed an assortment of shows to add to her runway CV this season. The Elite-represented model already has New York, London, and Milan castings under her belt, a Dansk magazine cover, a handful of campaigns, and a wealth of editorials, so we're placing all bets on the Copenhagen cutie.” 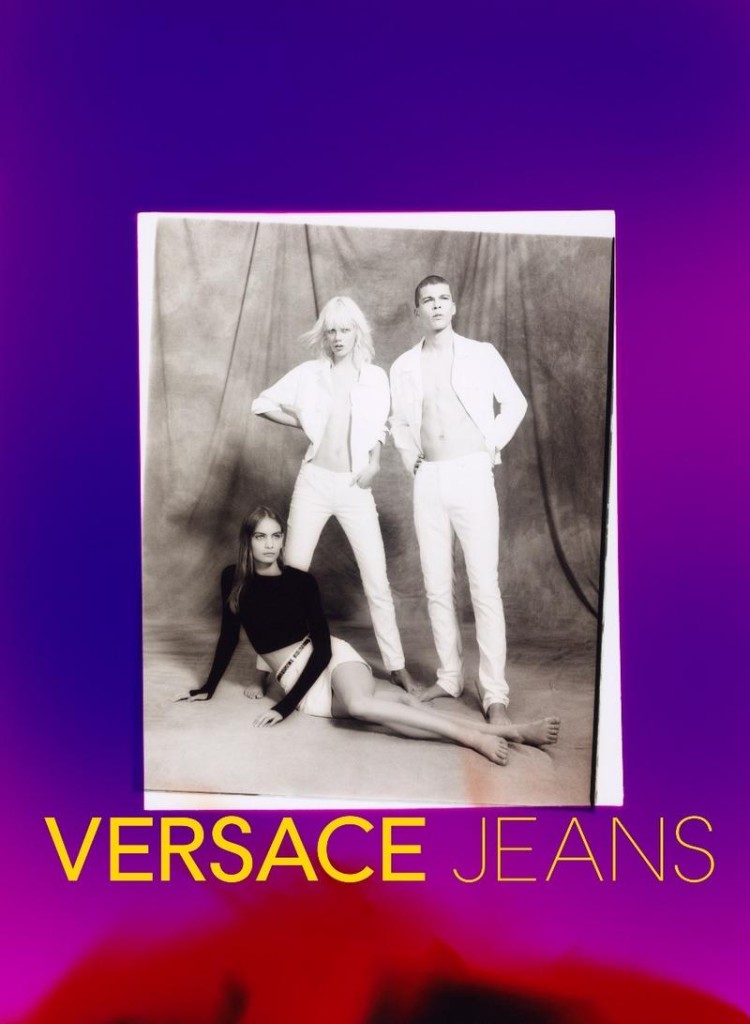 Nina's first major campaign was this year, for the current Versace Jeans campaign. She walked in the Versace Spring 2018 show which featured retrospective styles from the house and saw the return of the original supermodels, including Cindy Crawford, who was discovered through Elite Model Look in 1983. Mayowa Nicholas, Vittoria Ceretti and Birgit Kos were just some of the models who walked the show alongside Nina.

Costume DK wrote: “If you are not already familiar with the Danish model Nina Marker, it's time. She has a refreshing unpretentious approach to her work as a model, which shines through Marker's Instagram profile, featuring sarcastic captions and humorous Stories.” Nina posted this picture with the caption: "Bye fashion week I’m gonna go turn off my phone forever now". Follow Nina for more. 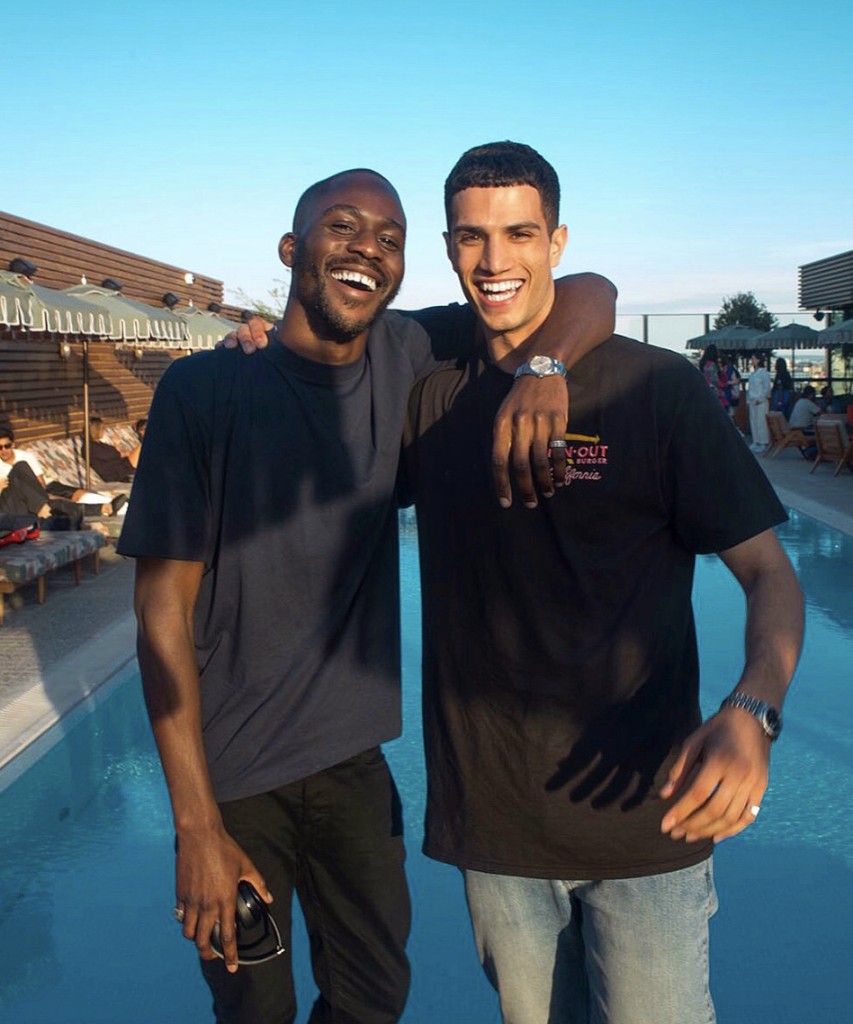 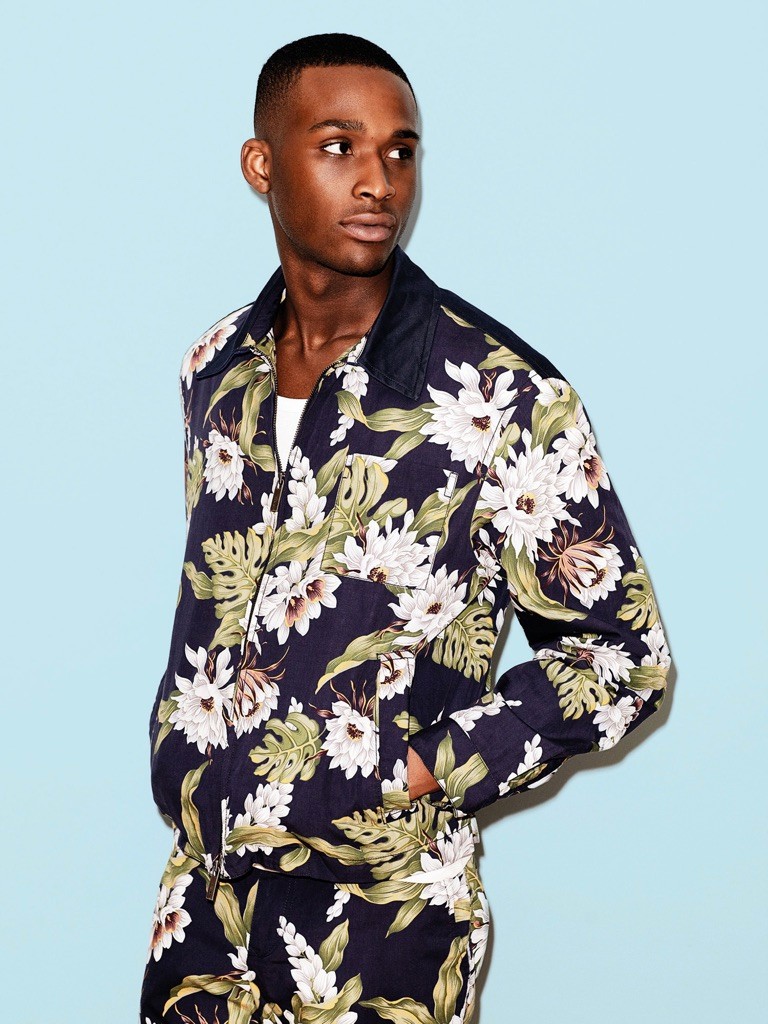 Jamel Gordon-Lynch's Playlist for the Taxi To The Club 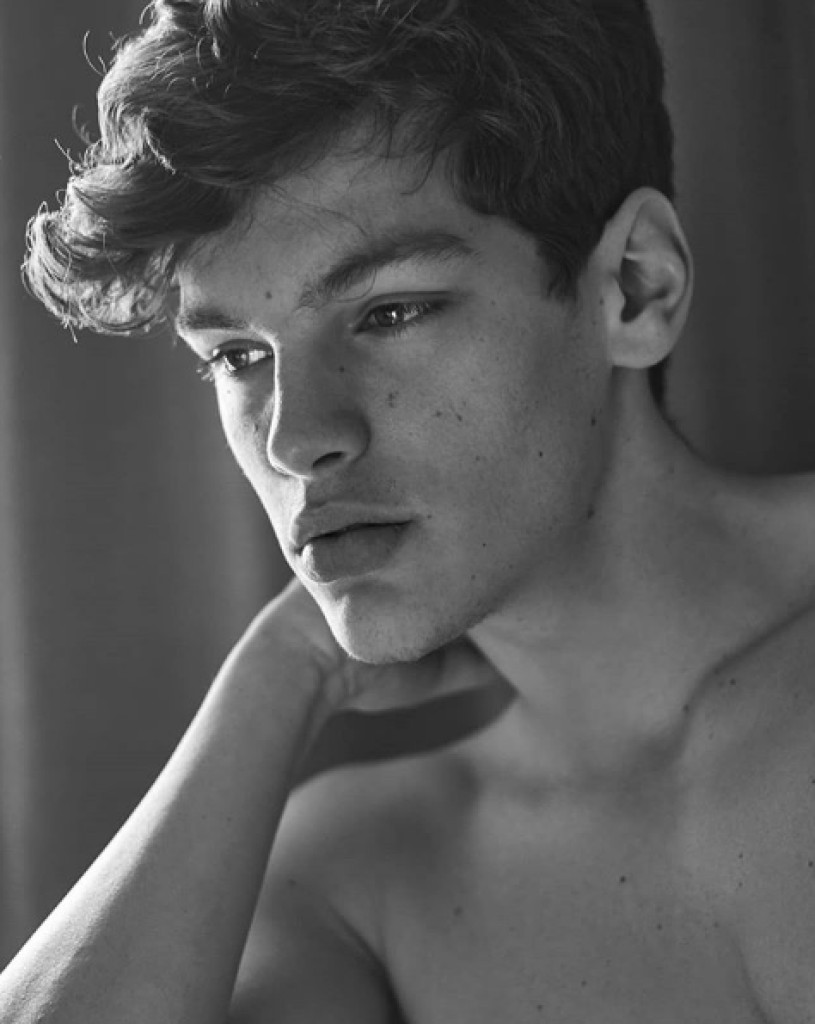