Wellbeing • EML UK
After taking part in Elite Model Look in 2011 in the UK, Matthew Bell has modelled for the likes of Alexander McQueen, Dior and Raf Simons. But away from his model life, Matthew loves getting out on the open road on his bike. We sat down to find out his favourite routes around the world.

My first big trip was about three years ago, with Jeroen Smits, who is also with Elite London, when we were both living in New York. It’s 120 miles, or something, and I was riding this really old bike, with a really uncomfortable seat. I was in bits after! We just decided to go for it. We got up at 6 in the morning, and we didn’t have a tent, so we just slept on the sand at the beach when we got there. It was proper rough! We did the whole thing in one day, and then we went to Anthony’s Breakfast, and the waitress had heard that we had cycled from New York, so she gave us loads of free food! We stayed there for a week on the beach, we got those pool float loungers to sleep on instead of airbeds! That was fun. I got there a few days before my birthday, and I was like, “yeah! We did it!” There was also a lot of down moments, too. I probably wasn’t eating enough. That is actually super important when you’re doing long distance cycling, even when you’re stopping, you need the energy to get back on your bike. But apart from the odd flat tyre, we didn’t have any mishaps on that trip. It was amazing! 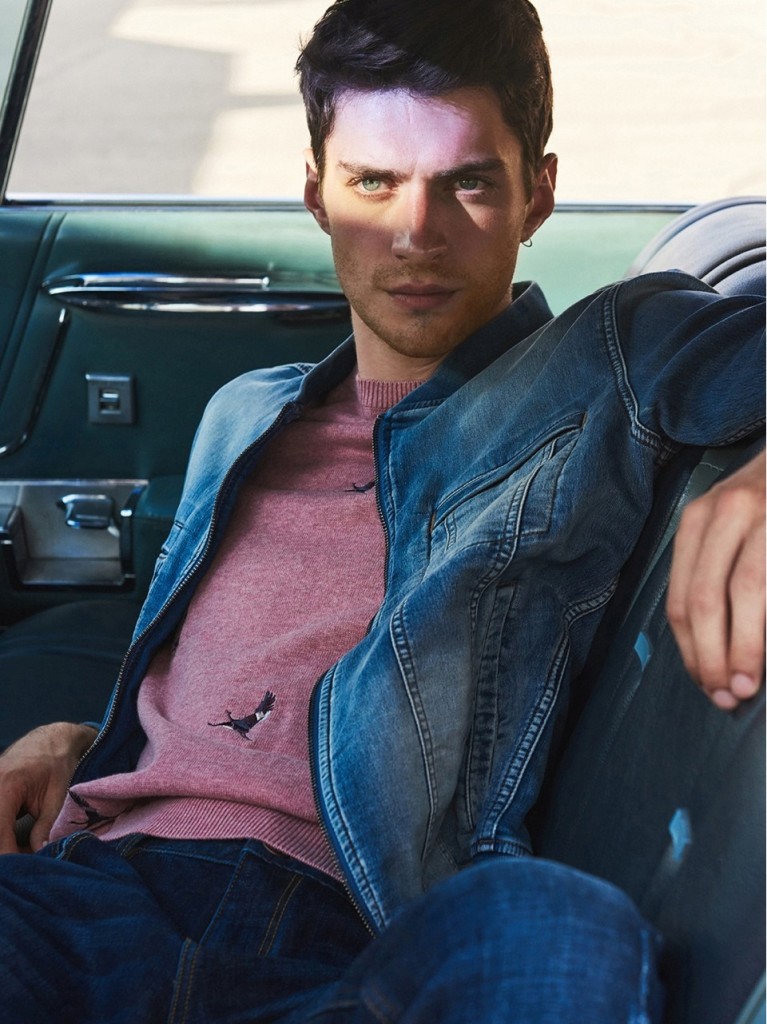 Jeoren and I did the East Coast of America, all based out of New York. I think it was 350 miles to DC, we did it over a few days. We did New York to Philadelphia, then to Baltimore the day after, then we stopped somewhere else in between, and then to DC. The roads are really bad for cyclists, we ended up on the highway a lot. We went over a bridge where it was actually illegal to cycle over, and we got a caution at the other side. The cop was alright – there were these huge signs saying: “Do not cycle” but we would have had to cycle another 50 miles to go around it, or take the ten-minute risk. And we got caught! They said, “did you not see the sign, sir?” We were like, “no!” (laughs) It’s tough because you can’t ride on the pavements in the USA either, it’s illegal. I got a ticket for that in New York. I only cycled on the pavement a tiny bit, I came up onto the pavement to go to my friend’s house and a police car pulled over and gave me a ticket. You have to go to court and pay it, or you can fight the case. It’s my life! I’m the only one who gets caught doing nothing! 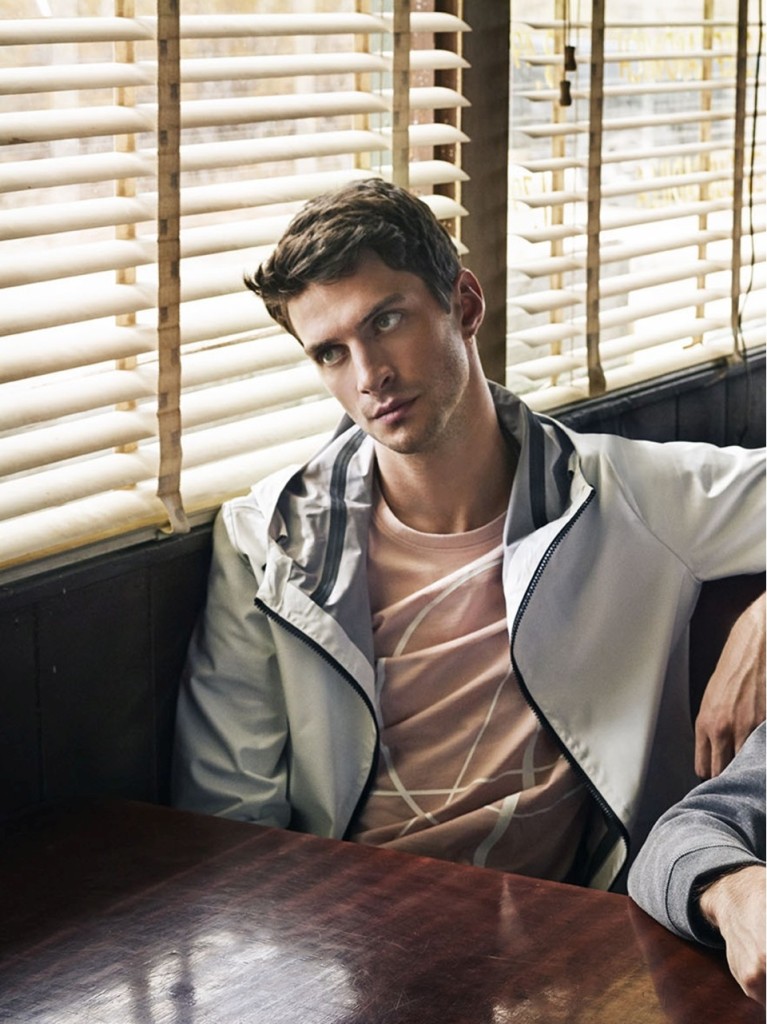 I went out on a motorbike in India. I was in a place called Pushkar in Rajasthan. I went out to a few little villages, and people just walk along the highway because there is no public transport. So I’d be like, “jump on, mate! Where are you going?” I just drove people around! And a few times, they drove me around - the guy would be like, “no, no, you’re not riding it properly!” I’d only just learned to ride it there, so they’d be like, “I’m going to drive you around!” So I’d be like, “OK!” (laughs) I think I love India because it’s just so different from where I grew up. I grew up in Liverpool, but India doesn’t conform to anything as you’d expect. The food in India is amazing too, obviously. It was all just delicious! The British colonial past in India means that we, as English people, think we know India because there are Indian restaurants and things here, but of course, that’s not the real India at all. I’m not sure, but I think “curry” might be an English word. We didn’t know what to call Indian food, so we gave it one word! I didn’t go really far, maybe 150km in a day, but I would just have these mad adventures. I love India. I did a project with Shure microphones, based on the sounds of India. I have done retreats there, too. It is just amazing. 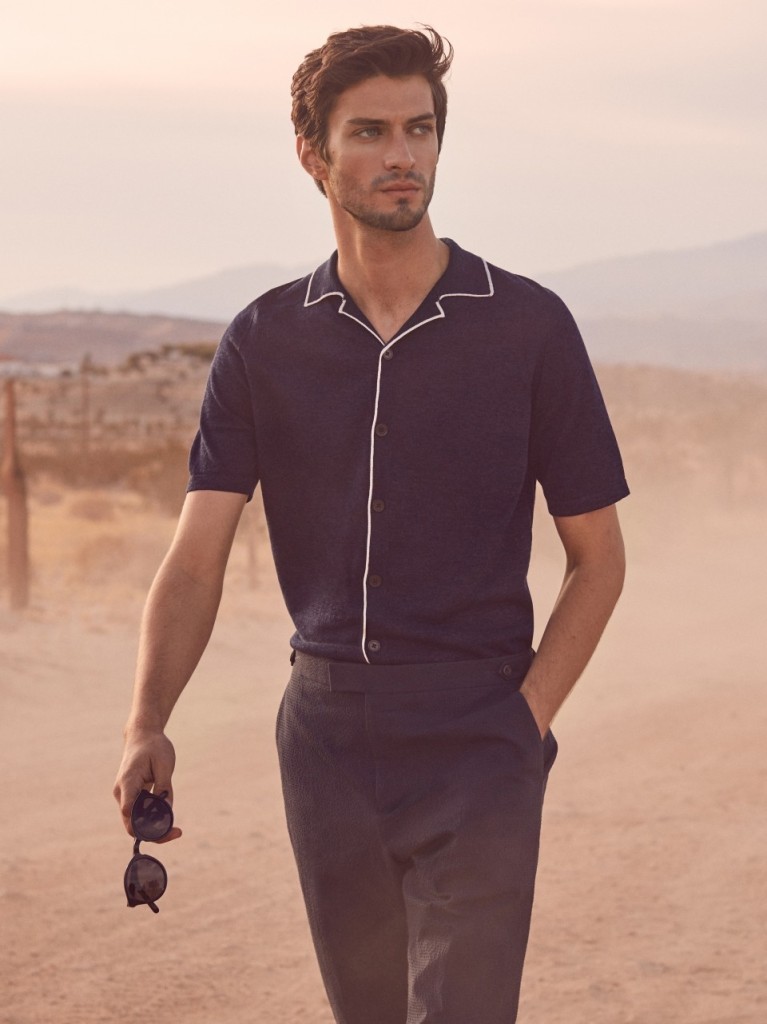 I want to do a tour around the Lakes in England. It’s in the North West, not too far from Liverpool. I think it’s 80 or 100 miles from my house, so I want to do a four-day trip cycling there. There’s no one place I want to be there in particular, other than camping in a tent wherever I can. I’d love to take Jeroen there. One of my bikes is in Jeroen’s house in Holland, it’s in a box, so I don’t know how I’m going to get it home. I might have to leave it there. I can get a boat from Holland to Hull, which wouldn’t be too far for me. The box is a special bike box, so I wouldn’t want to lose it. So I have a bike in Holland that I can either fly back or cycle back to the UK. I left it in New York about a year ago, and I forgot that it was there. It was at the model apartment, and Jeroen sent an email saying, “your bike’s here!” And I was like, “Oh that’s where it went!” It had loads of stuff with it, like a Liverpool top – that’s probably how they knew it was mine! I thought he’d bring it back to London, but he took it home to Holland. It would also be nice to go cycling in Holland with Jeroen. It’s very flat there, so it’s easy to cycle. There’s these things called dykes that are really long, you can cycle along them for ages, with no traffic, just a bike paths. The opposite of the Lake District, where it’s all mountains! 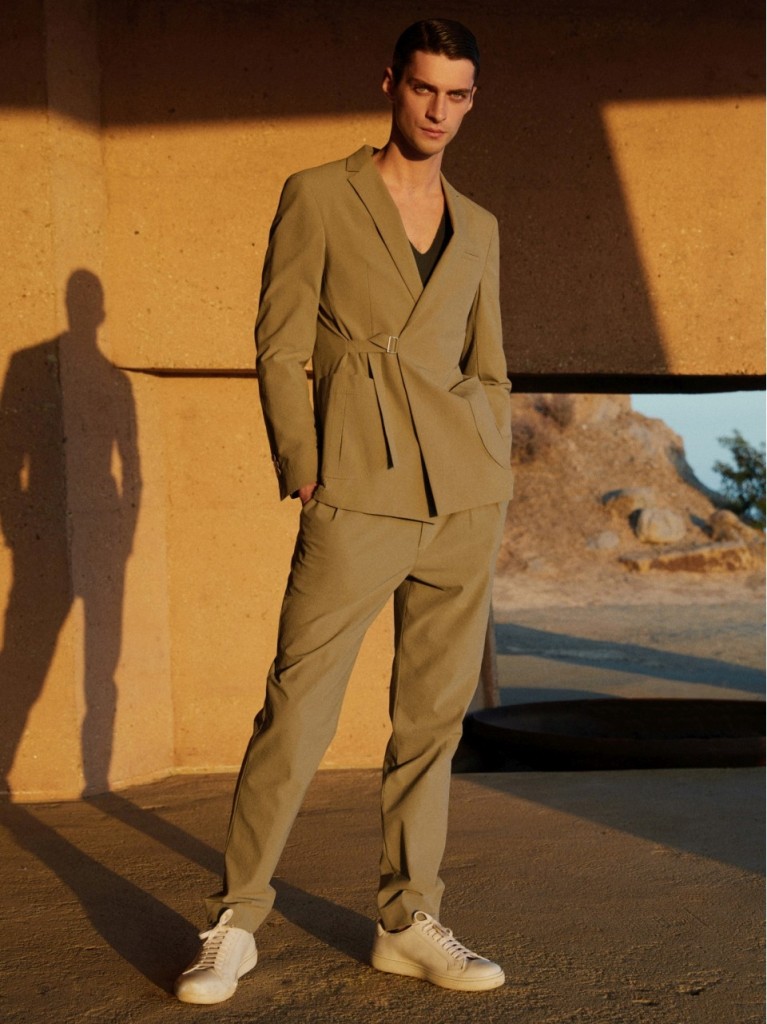 Japan is a beautiful country to cycle in. When people are driving, they respect people who are cycling. In Europe or America, it’s like, “I’m a car, I own the road!” Some countries like Holland and Denmark have dedicated cycling zones. Tokyo isn’t built for cycling – but the main difference is the way the drivers think. In the actual city, it can be intense to ride, just because there might be five lanes in a road, and one is going up to a highway overhead! But when people see a cyclist, they think, “I don’t want to kill someone today, so I’m not going to whizz past them,” whereas elsewhere, it’s just crazy! Japan is also the best place I’ve ever cycled because of the food. You can stop off in a little convenience store in the middle of nowhere and you can get a little bit of sushi, it’s not too heavy. If you’re stuck in the States, you end up eating loads of granola bars. When you’re riding for ten days, you want a bit more than that! In Japan, there’s rice, there’s sushi, and edamame beans - I love edamame beans! 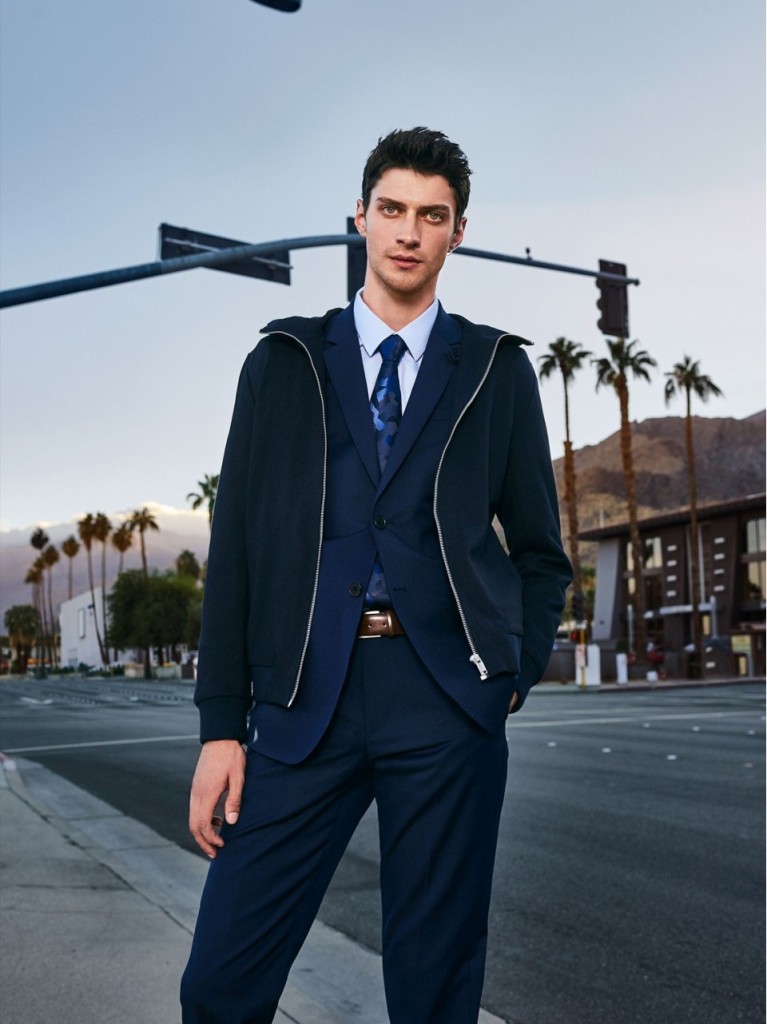 I did a lovely ride with Jeroen from Rappongi in Tokyo to Lake Hokone. It’s a lake where loads of people go for the cherry blossom, it’s just a really serene spot. Life there feels much slower. You cycle through the mountains. We got the train back into Tokyo, back to the crazy city, but being out in the countryside felt like we had been transported to a different world. Japan is special, and that ride is one of mine and Jeroen’s favourites. I nearly passed out! Jeroen was cycling relentlessly, and I just couldn’t keep up with his pace. We were running a bit late, and I didn’t have any water with me. Well I did, but I drank it, and I had my jacket on, and it was at that point when I realised I needed to take my jacket off, I thought, “I actually can’t do this!” So we slowed down, and we got to a 7/11, and I just lay outside in front of the shop. It was a fun one – it was near the end of our trip to Japan. We said we were going to do it for ages, and then we finally did it, and it was like, “this is amazing!” We were there working in Tokyo but we had a holiday at the end. 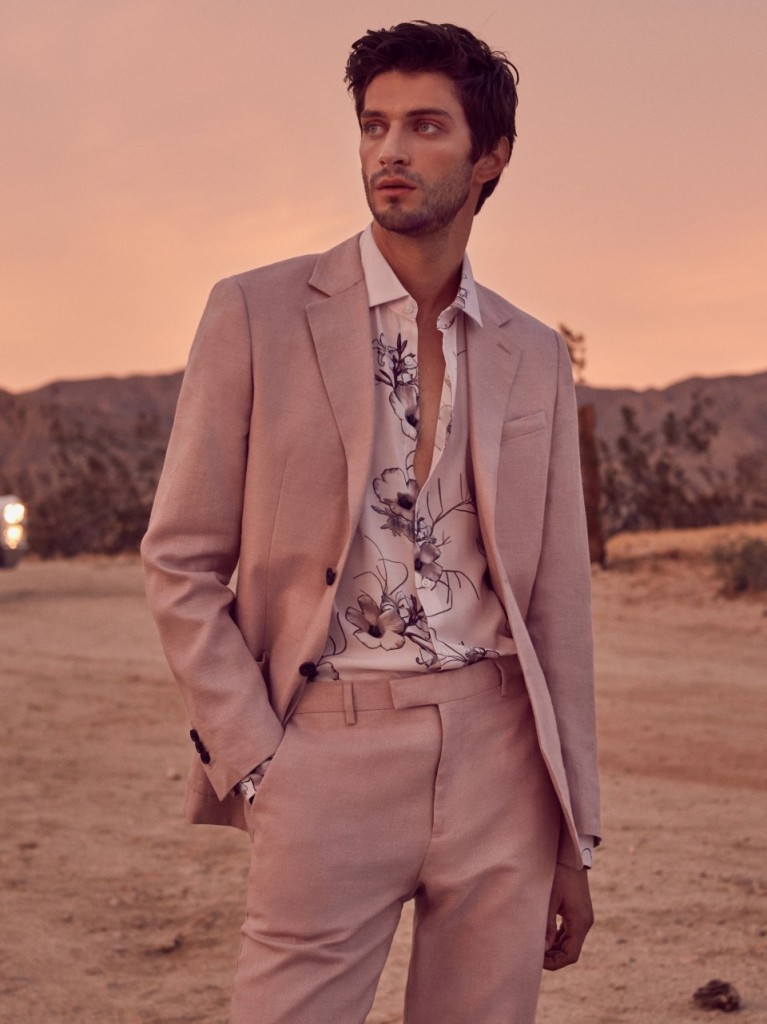 We watched the Tour de France last summer, and there were quite a few stages that were just super exciting that we watched, that we want to do one day. I can’t remember the specific rides, but there were some amazing ones. Jeroen is a great person to cycle with, because he’s so into the science behind it. So he’ll say, “at this time, we need to eat a banana, at this time we need to rest for this many minutes”. There’s a few stages that we’d like to do, and we’d probably take the train in between. They were all mountain stages – not famous ones, but I love the profile of the races, like one had three climbs in it that looked like a crazy cycle, they were all just going crazy attacking one another! It was amazing. 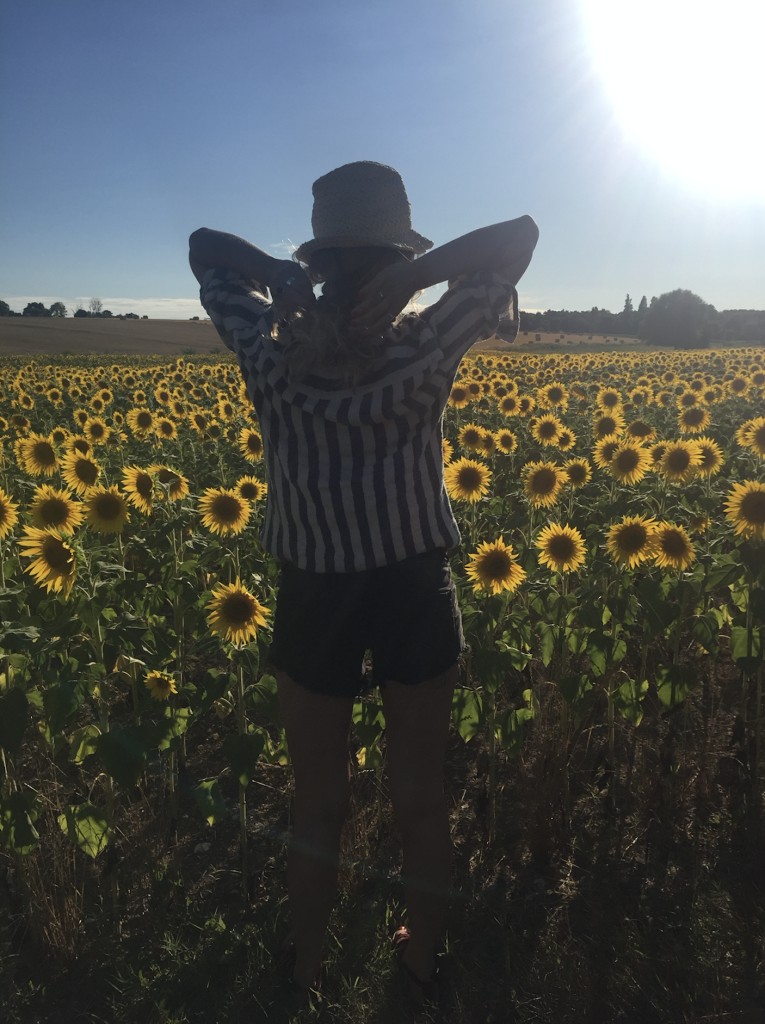 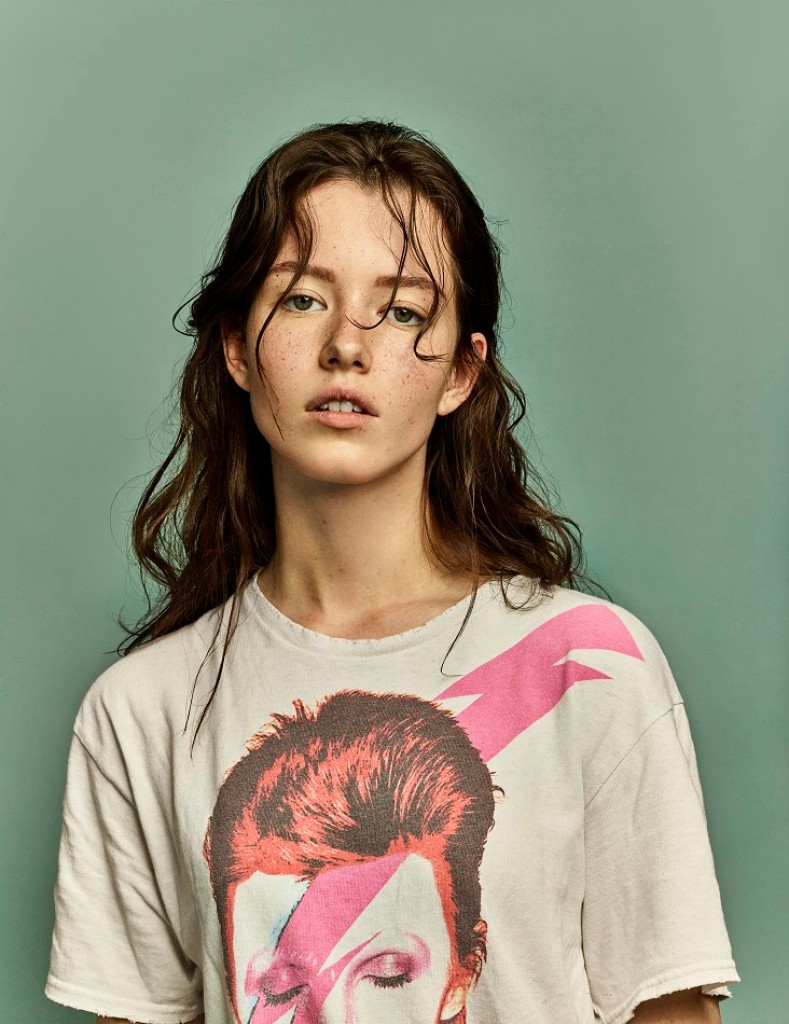 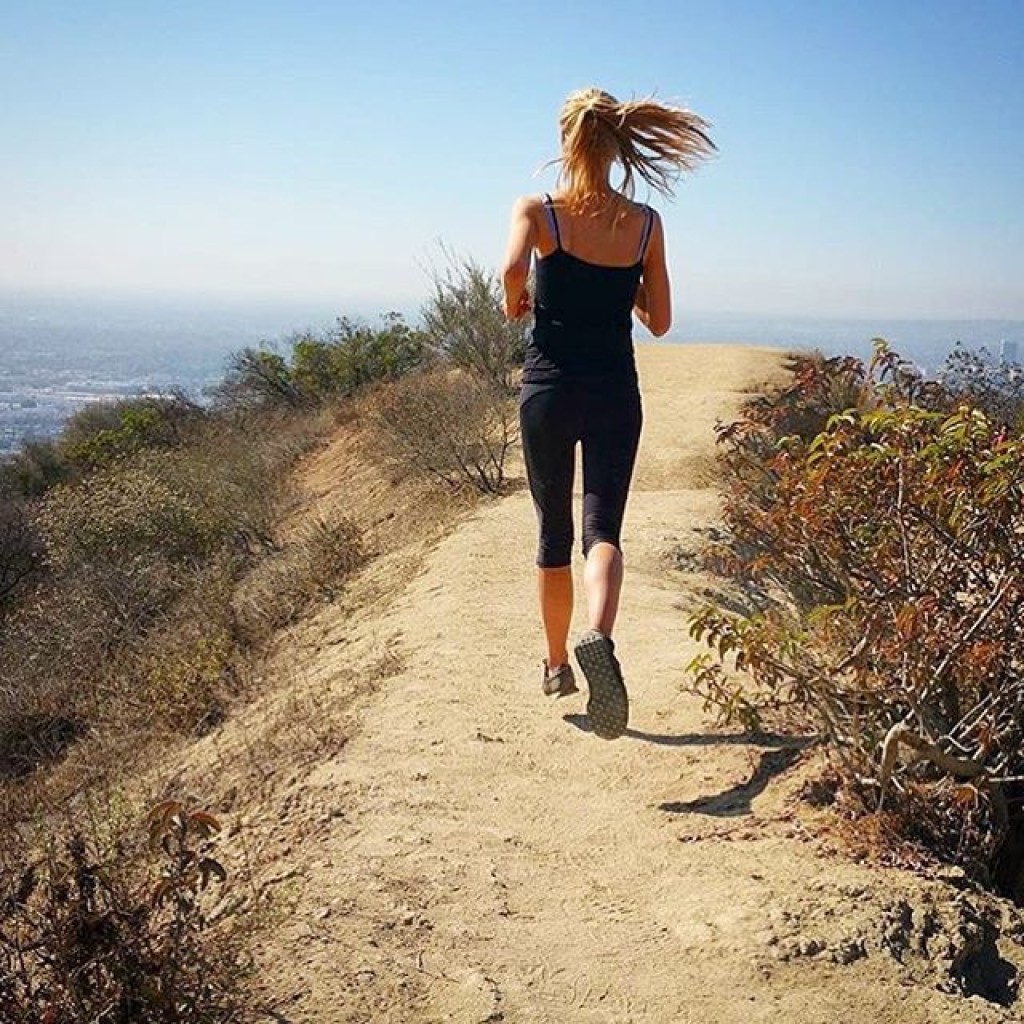