Eva Fisahn is playing a main role in the Portuguese television drama 1986, on the channel RTP1. Depicting the Presidential election in Portugal in the title year, the series shows just how the clash between the political right and left tore the country in two, affecting everyone across the country. The story follows a Romeo and Juliet-style romance between the shy Tiago, whose parents are Communist, and his falling in love with Marta, whose family are right wing.

Eva, who took part in Elite Model Look Portugal, plays one of Tiago’s friends, Patricia. Although blonde Eva is known for her easy-going and positive demeanour, she landed the role of the moody goth after an unusual approach in her audition paid off. Backstage at Portugal Fashion Week, she told us about how she got the role, how to time travel to the 1980s and about why she’ll always think of herself as a model first.

1986 is currently airing on RTP1. Visit the official site to see clips of Eva in the show here.

Did you study theatre before you got the role?

I’ve always had theatre classes, but nothing official, I just started and I love it. It helps me know myself better, how to feel with my body, with my mind and my voice. But working as an actress, it was spontaneous. I was talking to my booker, and I mentioned I do acting classes and he was like, “what?! You do? Maybe you can start doing castings!” So I did, introduced me to Manuela, the acting agent at Elite Lisbon, and I got in, it was amazing. 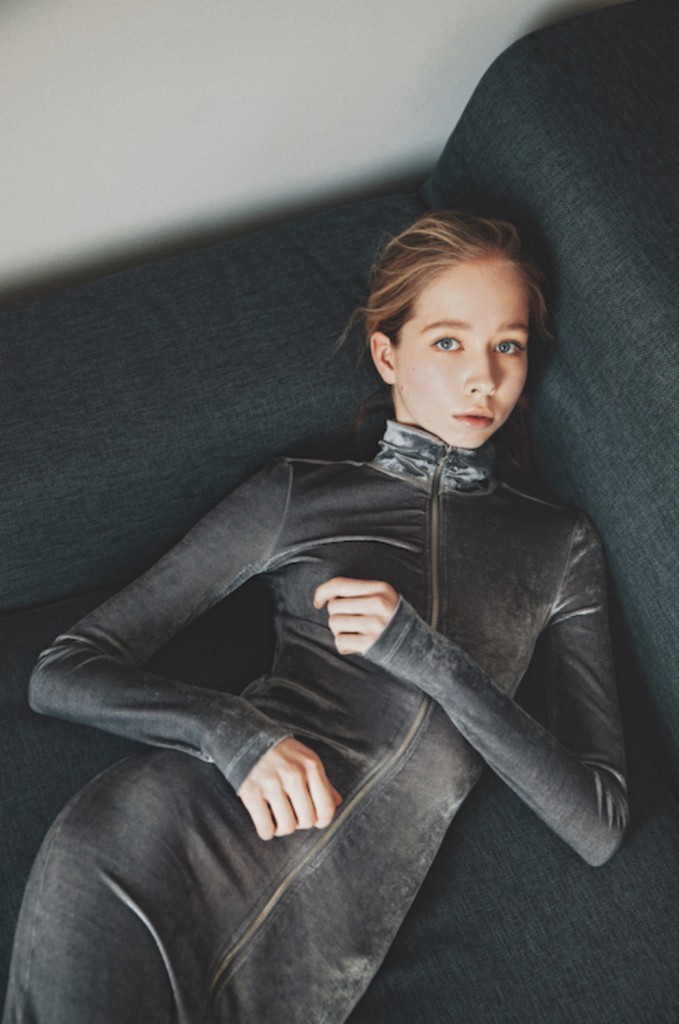 Did you do many castings before you got the role?

Not really. Before that, I didn’t do many castings, I got one but it kind of went wrong. I went me for the casting, but when I got there, they told me they had another actress for the role, and I was so sad. So for the 1986 casting, I thought, “oh, I’m not going to get it, so I will have fun with it instead.” I decided to go and do the casting as a goth girl, and to respond to everyone really rudely. They asked me, “do you have experience?” I said, “no, but I get what I want.” (laughs) They loved what I had to offer, because I look blonde and cute but then I was so rude to everyone! You never know what works…

How long had you been taking acting classes?

The very first experience I had with acting classes was in the fourth grade, when I was ten years old. It was at school, I just did it for the experience, but I loved it, so I kept taking those classes. In the eighth grade, I was the only one who wanted to take the class, so they couldn’t put the class on for one student, and I was so sad. I had another friend who wanted to do theatre, so last year, we looked for classes and we found one and we did that this year too, so it was when I was talking about those classes to my booker that started the whole conversation with Elite. I filmed all last summer, for two and a half months, it was really nice. I love my character. I feel so lucky because I got to play a whole different version of myself, it’s really interesting. 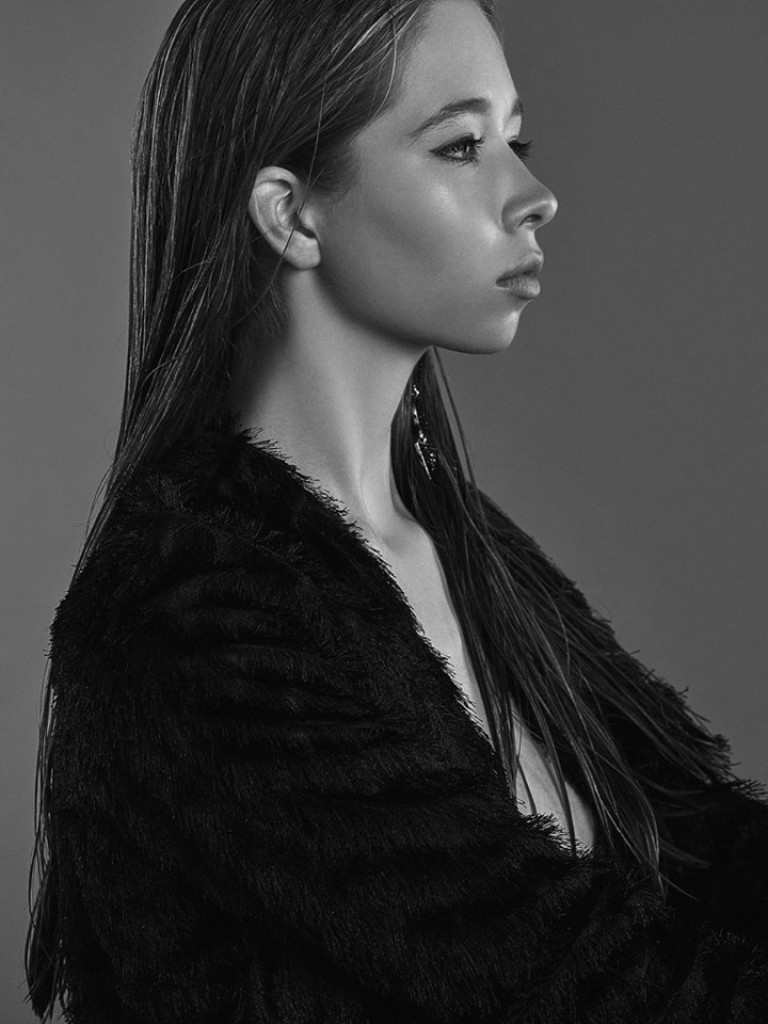 What is the show about?

It’s about the 1980s in Portugal, about 1986. That was the year of a big political confrontation between the extreme right and the extreme left – fascists and communists. It’s about five teenagers, I’m one of them, and there are a lot of references in the show about music, about TV, about cinema, it’s full of material, not just something superficial. It’s really nice series, it’s made by Nuno Markl who’s famous here in Portugal, he works in radio and he wrote the story about himself at the time. 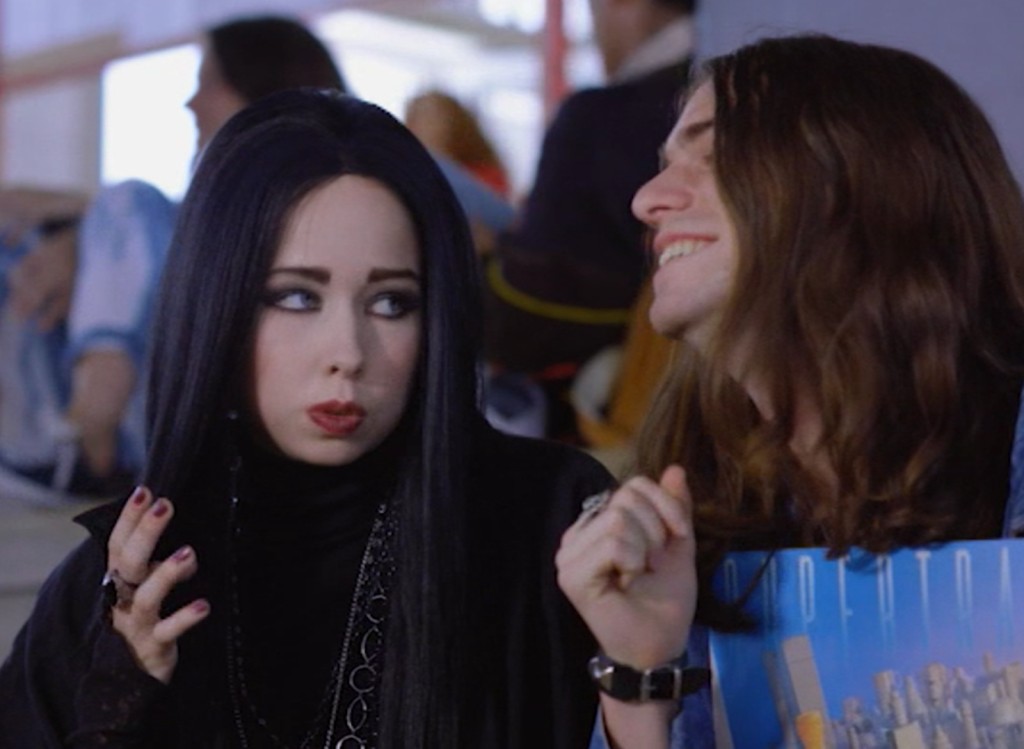 Tell us about your character.

She’s a goth – well actually, I can’t say that, because she’s more like a vanguard. She wears all black, she listens to gothic music, but at the time, being a goth was very different. Today, gothic music is much more commercial, but then it was really going against everything that was established already, it was more subversive. So she’s really cool, and her mom is a hippy, so every time she goes home, she has to change her clothes to be more of a hippy! That’s pretty funny. 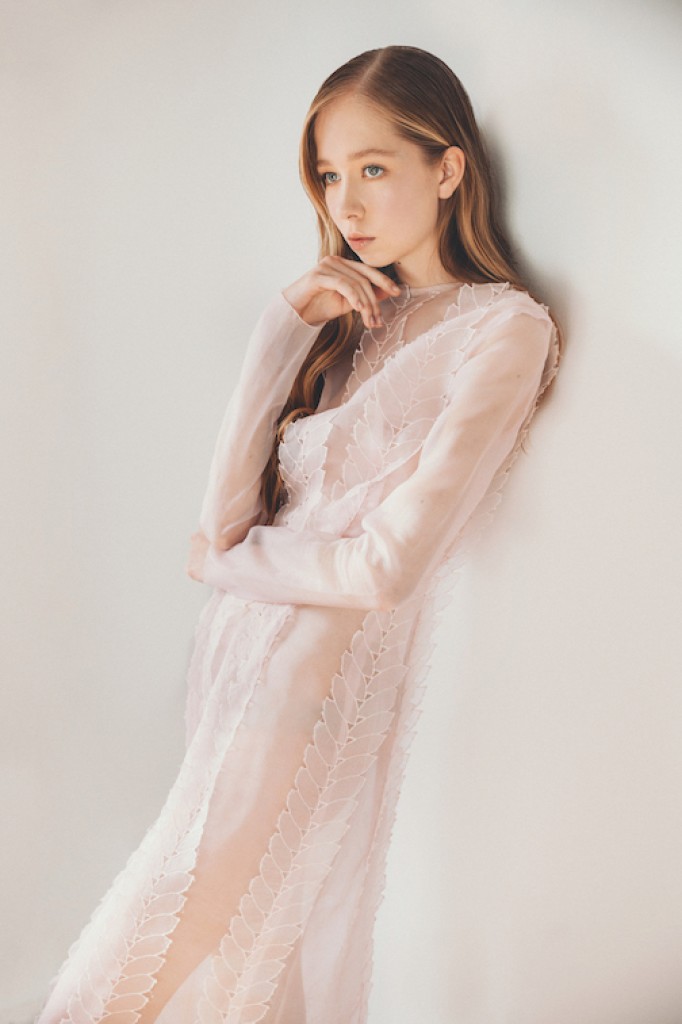 Did you do a lot of research for your role?

I did. They made us each a playlist of music for our character, so I was in my room listening to her music. I also have two friends that I took inspiration from, I took their personalities and kind of mixed them. The way they talk is really gothic – moody and dark! So I built this history behind the character to understand why she acts in certain ways in different situations. I also researched the 1980s in general. I didn’t know anything about politics to be honest, so I did a lot of reading online, I talked to my parents, and I learned a lot. I’m 18 now, so it’s the perfect time to learn about how politics works! 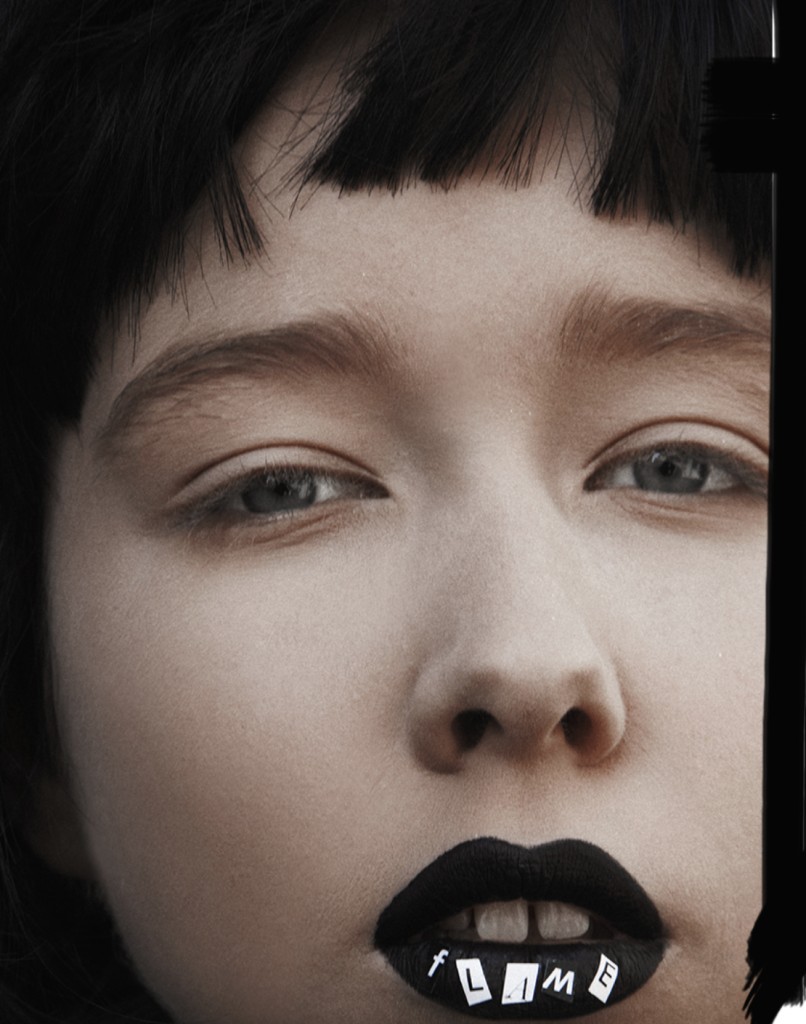 Is acting similar to modelling?

You find that the same people who work in fashion in Portugal work in television as well, it’s a really small world, but at the same time, acting is much more about showing your personality. As a model, you’re more like a blank canvas, and every artist can do whatever they want to create a character with you. But in acting, you’re playing a character but it’s always you in that position. If you are playing an assassin, it’s really you who creates that. It’s quite difficult to accept that, if you had to play a character who really isn’t nice for example, because you can’t become someone else, so it’s much more difficult. In modelling, you can have a distance, you can be discreet. In acting, you really have to expose more of yourself, and you have to be careful not to show sides of yourself you don’t want to. It’s interesting, I didn’t know that it was like that, it’s very different from how I imagined.

Do you want to do more acting in the future?

Yes, definitely! But I don’t want it to stop me from being a model, because that’s really what inspires me for my creativity. Acting is like exercising myself, my being. Being a model, you’re working with a part of yourself that you can’t really explain, that’s more creative. I find that inspires me more for the things I do outside work, like photography and music. 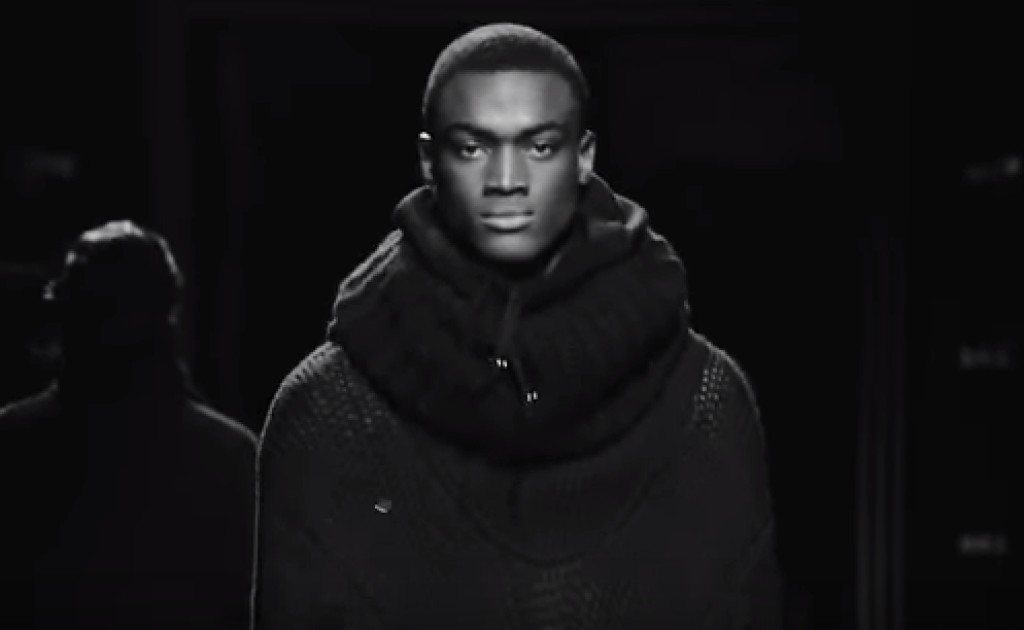 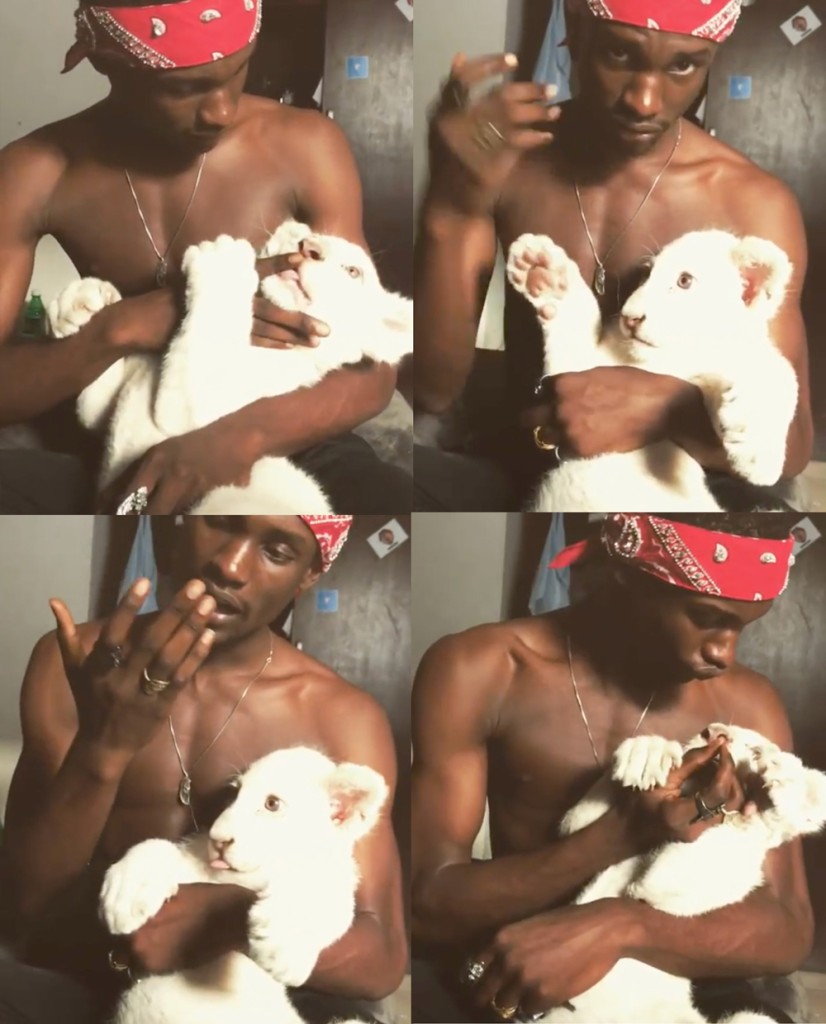 My Pet Lion with Victor Ndigwe