Model Life • June 10
When Sean Ryan started drawing models badly he had no idea it would become the viral sensation it is today. One of fashion insiders' favourite accounts to follow, he makes images of fashion models that are on the slightly simplistic side, and the effect is a delight. We sat down to talk to Sean about how he started, what have been the best experiences of doing the account so far, and what will happen when his drawings get too... good.
Watch Sean draw Bara Podzimkova, winner of the Elite Model Look World Final 2014 here. 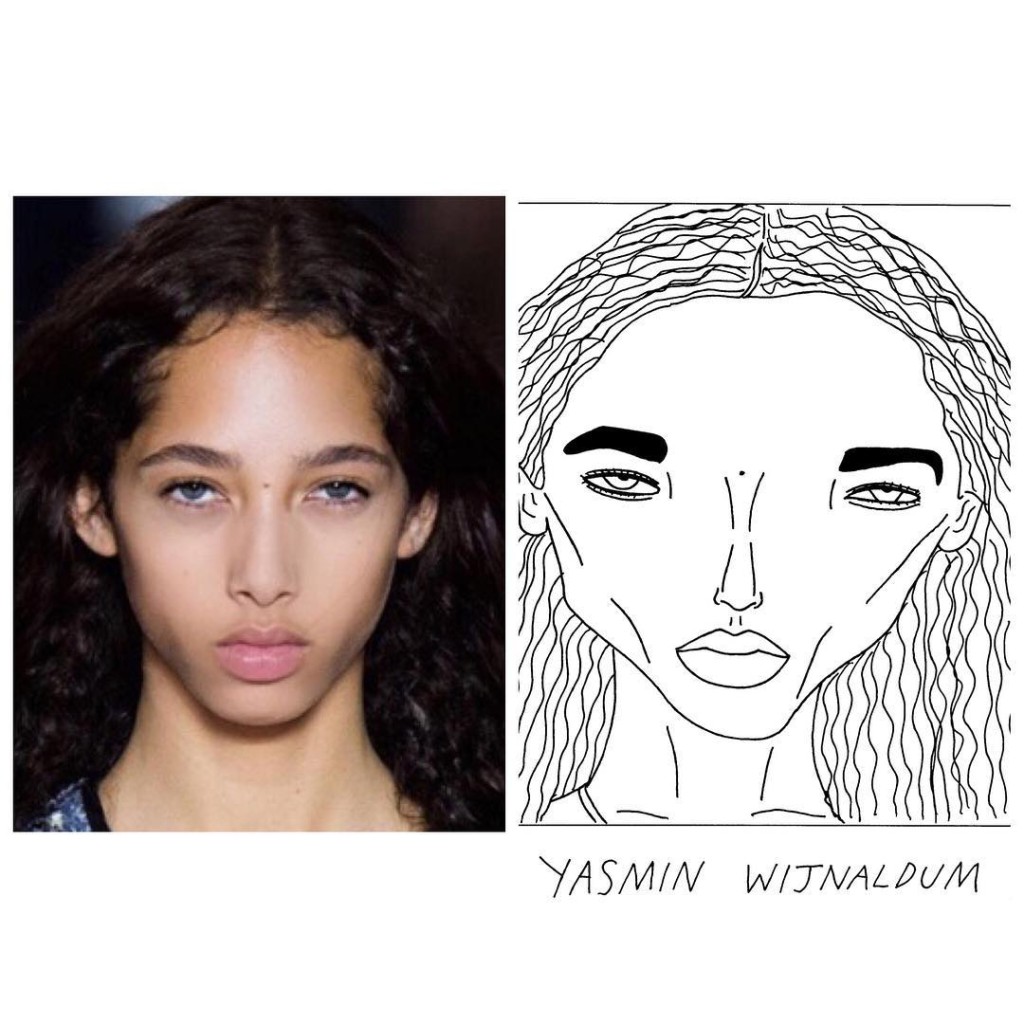 What were you doing before you started Badly Drawn Models?

I was working as a graphic designer for a retail company but, at the beginning of last year, I was made redundant. I saw it as the kick I needed to get out of the 9-5 for a bit, so I moved to Lisbon for a few months and spent most of my time sitting in the sun, drinking coffee and drawing. 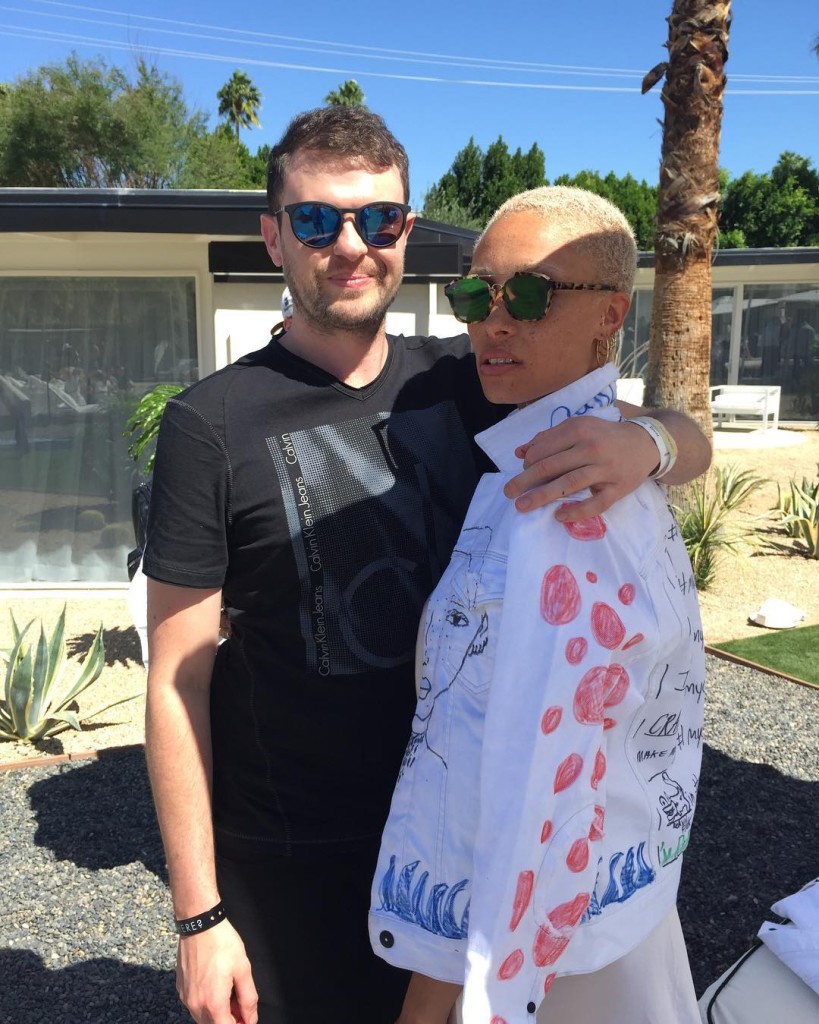 You have a few badly drawn accounts like footballers and novelists - why do you think the models one does so well?

Well, I put a bit more time into badly drawn models than my others. I'm really lazy and sometimes the 30 seconds that it would take me to post a photo to one of my other accounts seems like too much effort! I think some people might (mistakenly) see fashion as being quite "serious", but badly drawn models can show that a lot of people in the industry don't take themselves seriously at all, which can really resonate on Instagram. 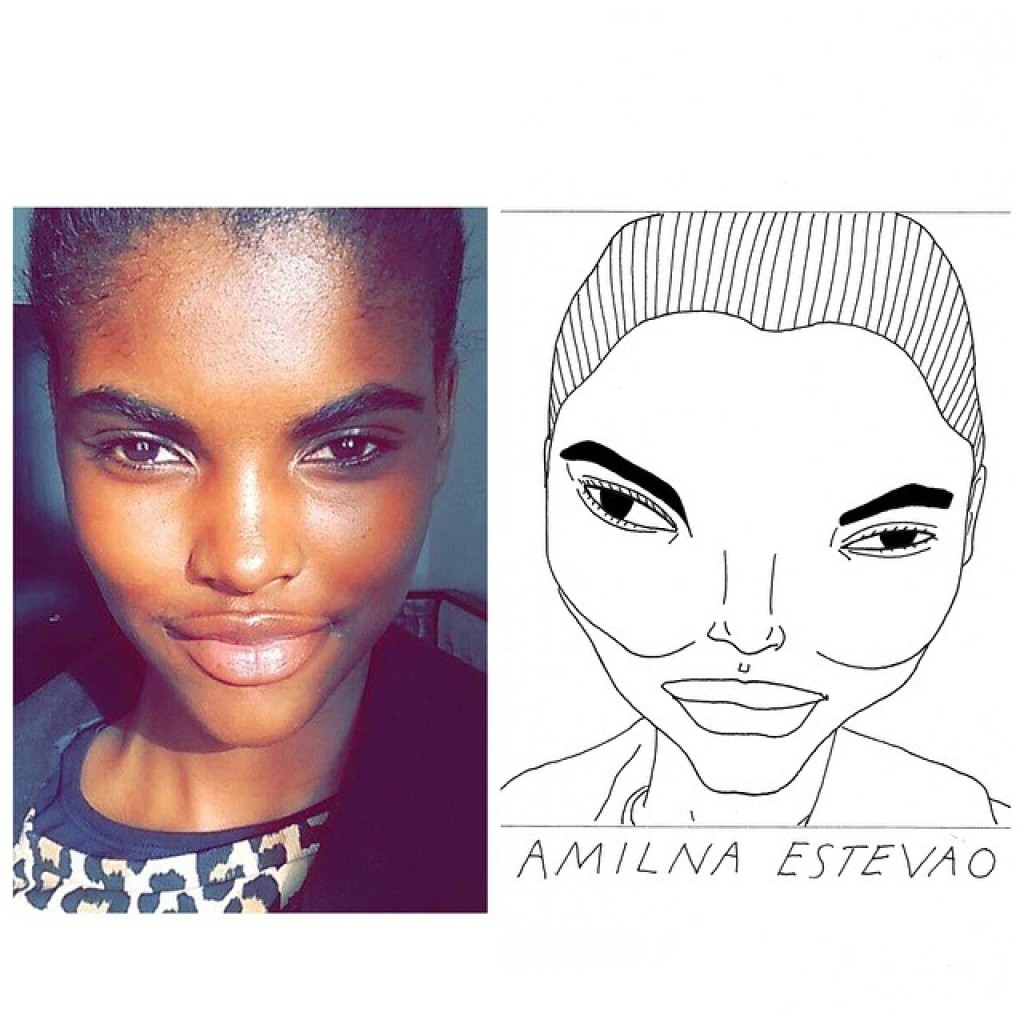 What makes a model fun to draw?

An interesting and unique face always makes a model a lot of fun to draw. It's always really inspiring to see a model who really stands out - whether that's at a show or in a magazine. Just someone who doesn't look like anyone else! 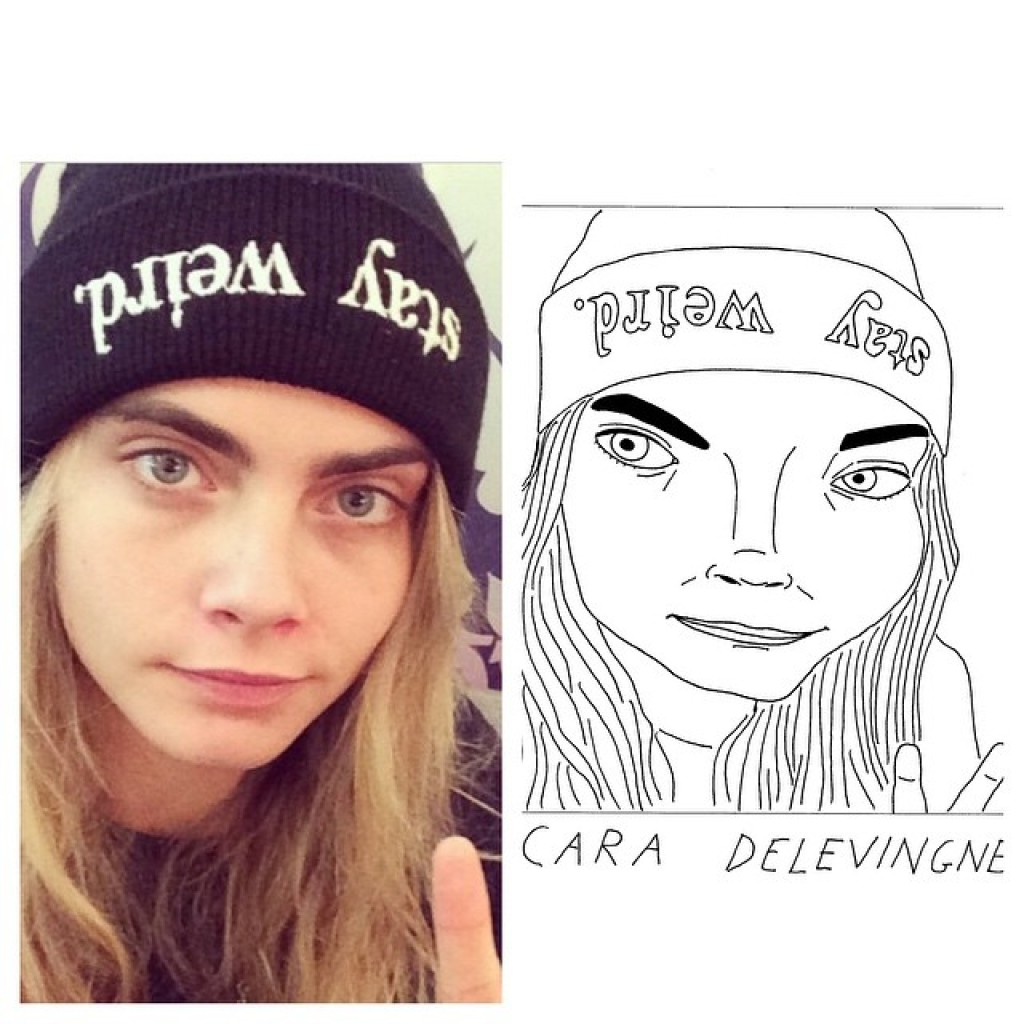 I actually find it hard to draw Cara Delevigne. I've only drawn her twice, but have always struggled. From a caricature point of view, she should be pretty easy to draw - particularly when the whole point of my account is drawing badly! But I nearly gave up after six failed attempts. 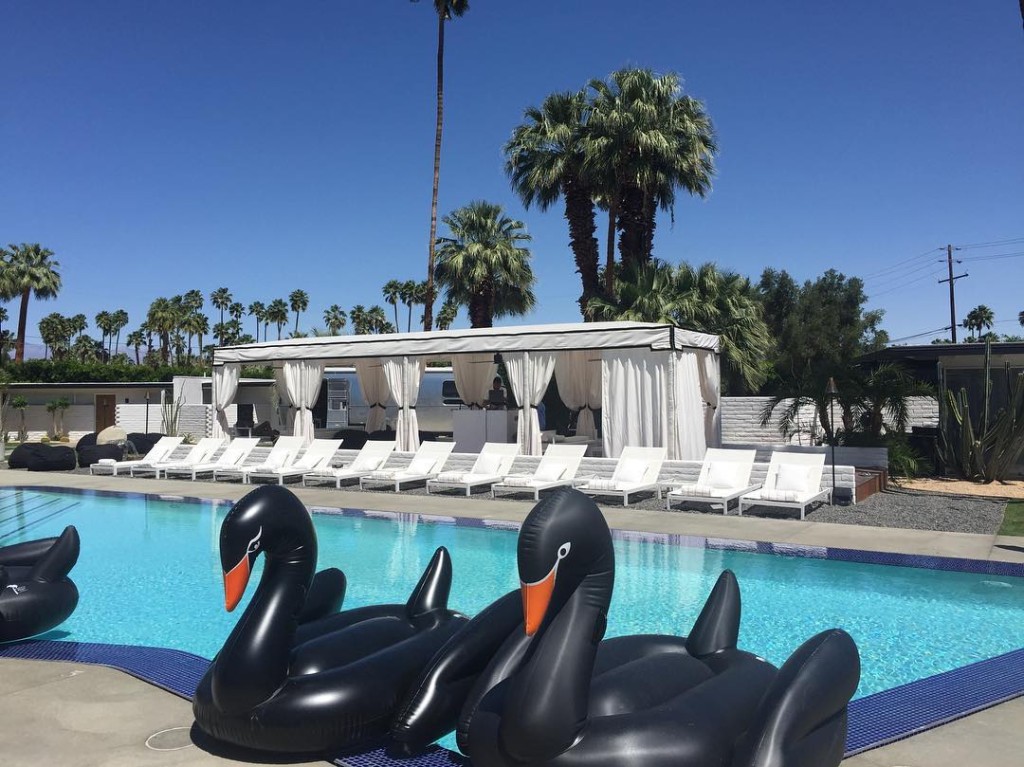 What are some of the funniest or unexpected experiences you’ve had with Badly Drawn Models?

Ironically, interviews always seem a bit surreal because I always wonder what I've got to say that anyone would want to hear! Going to Palm Springs and working for Calvin Klein during Coachella was completely unexpected and a really fun experience. And getting to collaborate with Elite is such a dream! When I first posted my first badly drawn picture I could never have hoped that one day I'd be drawing for the world's leading modelling agency. 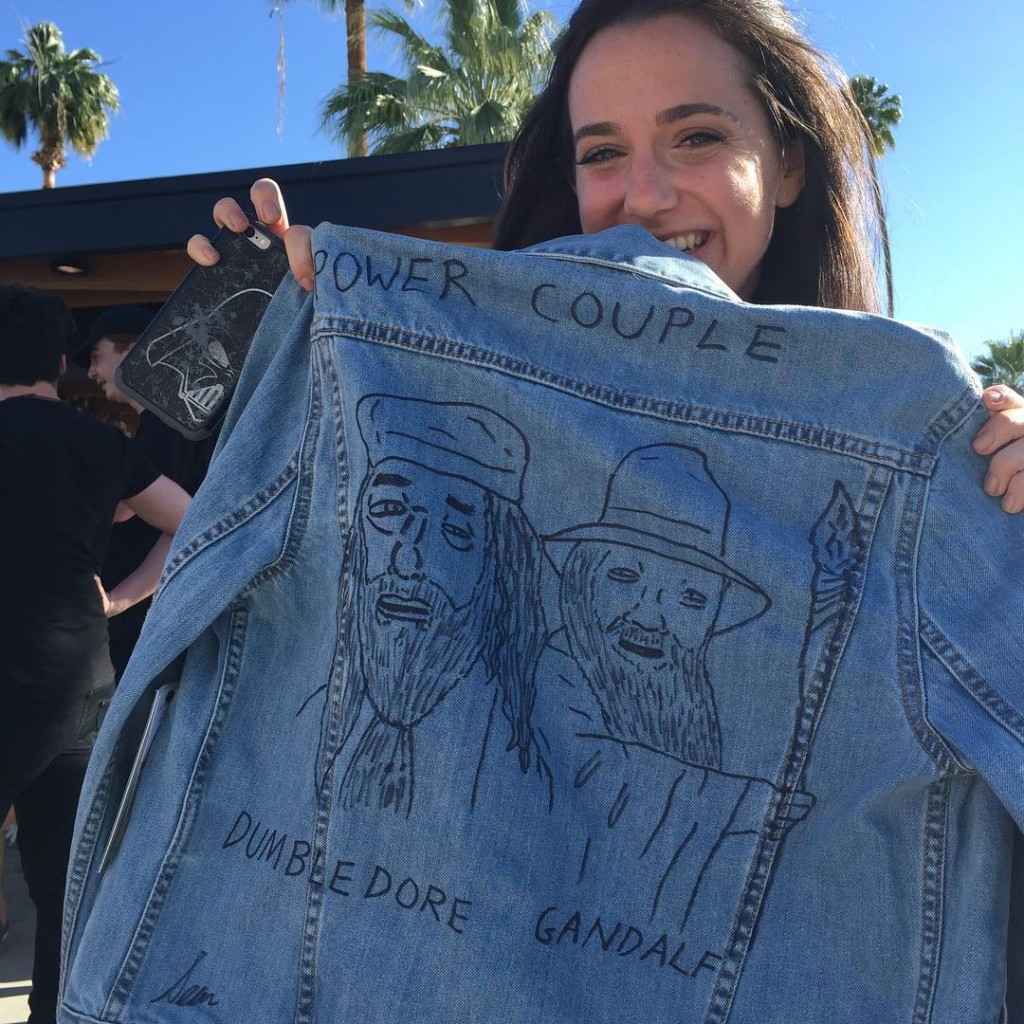 That's a very nice thing of you to say! Coachella sounds fun - what did you do there?

So, for Coachella, it was a Calvin Klein pool party at L'Horizon in Palm Springs. I was asked about being part of it a few months before and obviously agreed straight away, but for some reason didn't think it would happen. Even when I was on the plane over there, it still felt slightly unbelievable.My suitcase got delayed so I literally had the clothes I travelled in and I was imagining all these scenarios of turning up to meet everyone at this exclusive party wearing an old t-shirt and shorts that I always fly in. Thankfully Calvin Klein sorted me out with some clothes. I went to the bar area to set up and as I looked around, I realised I was sat next to people such as Virgil Abloh, Heron Preston, Adwoa Aboah, Dev Hynes, Haim, the Khadra sisters, Joey Badass, Caroline Vreeland, Luka Sabbat, Anna Ewers and Hanne Gaby Odiele. I felt pretty out of place - like I had gatecrashed a party and would soon be kicked out by security. However, everyone was really friendly and soon enough everyone was drawing each other or drawing on each other's jackets. It was all just really relaxed. After most of the guests had been drawn, I made my way to the bar and finished the night with a few tequilas! 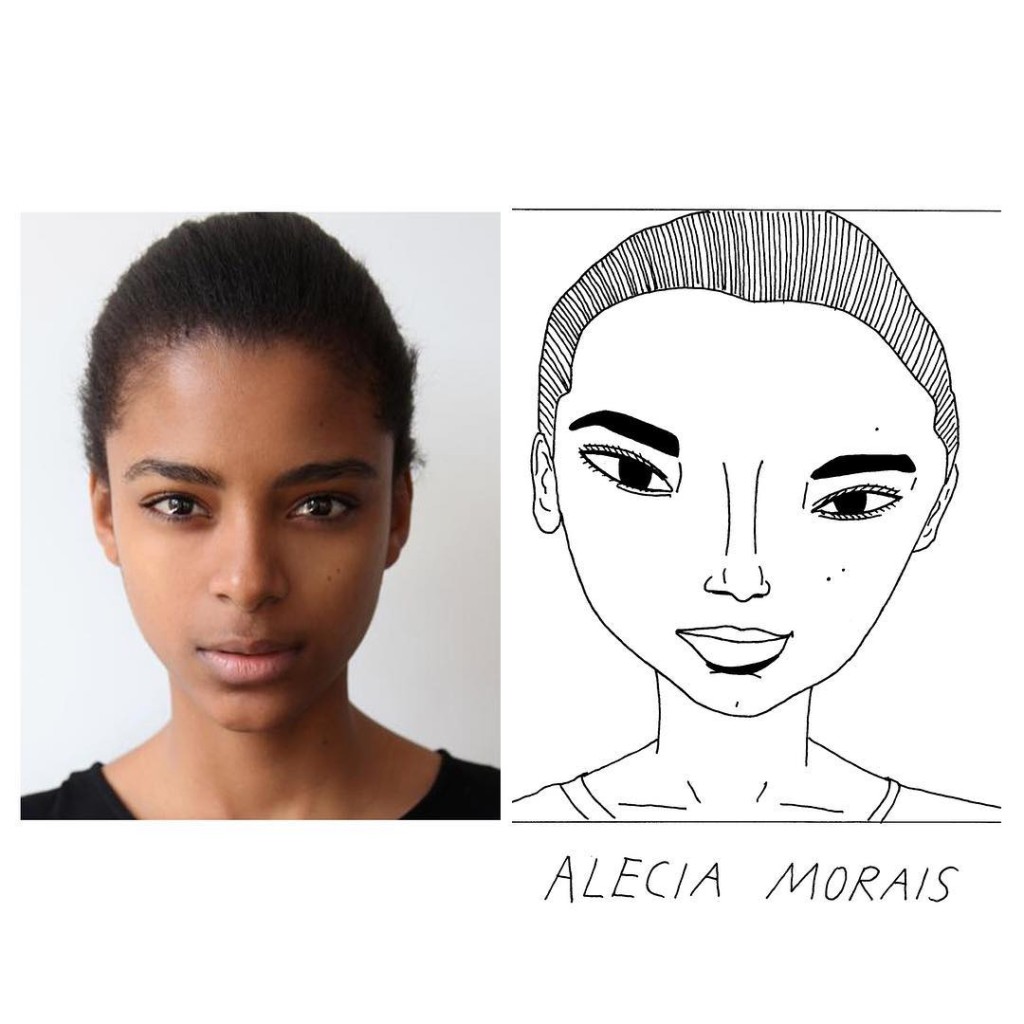 Who are some of the artists you admire?

I really like artists that include an element of humour and also art that's not "perfect", so I really admire people like David Shrigley, Tucker Nichols, Keith Haring, William Steig, Quenton Miller, CM Evans, Saul Steinberg, Joan Cornelia and Nick Gazin, to name a few. Oh, and pretty much anything by Bruce Eric Kaplan and Mike Judge. Listening to Black Flag when I was younger introduced me to Raymond Pettibon's work and I became sort of obsessed with his drawings for a while (and I still am), so I'd say he's always been a massive inspiration. I think it's fascinating that someone who started off drawing fliers for a hardcore punk can end up having a solo exhibition at the Whitney. 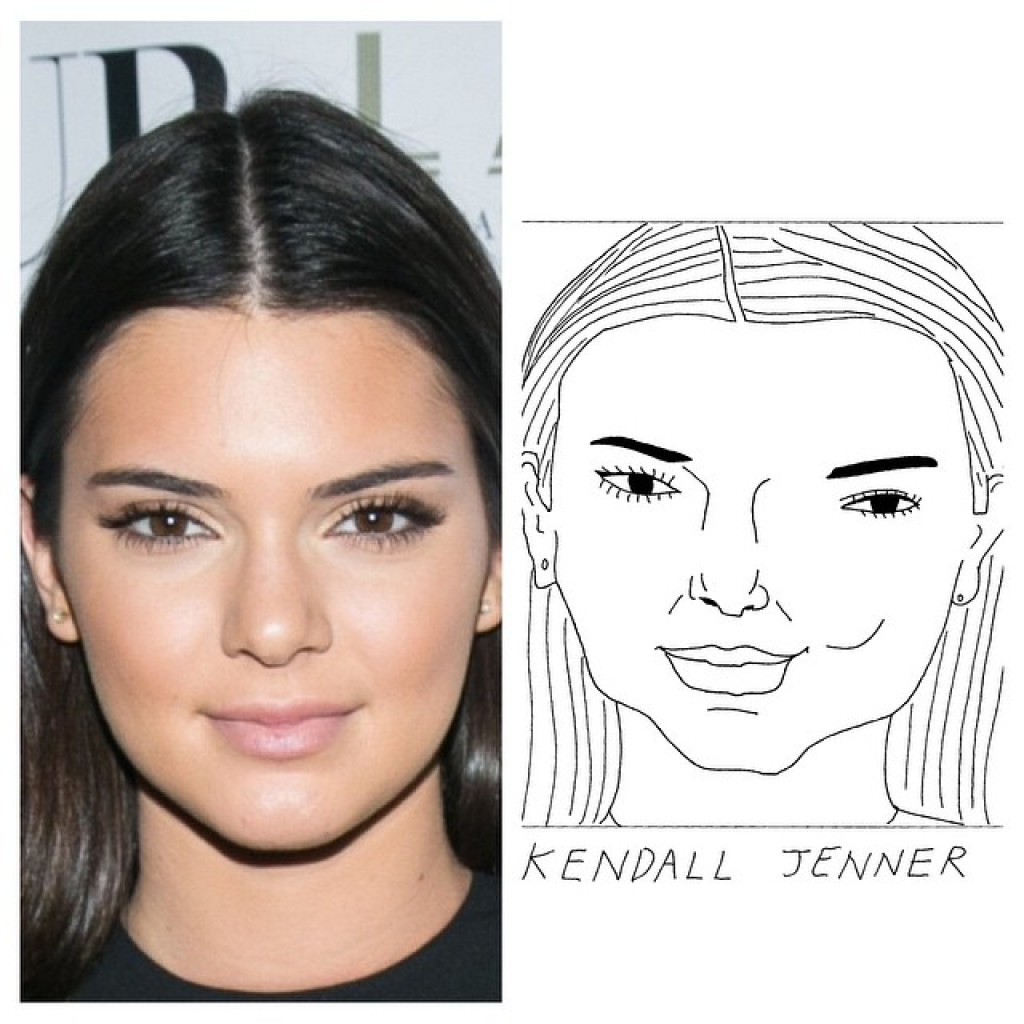 The title of your account is badly drawn models - do you ever worry that your drawings will become too good?

Oh, all the time. My Dad keeps telling me that I'm getting better. I realise that he's just trying to be nice and offering me a bit of fatherly encouragement, but the thing is, I don't really want to get better. 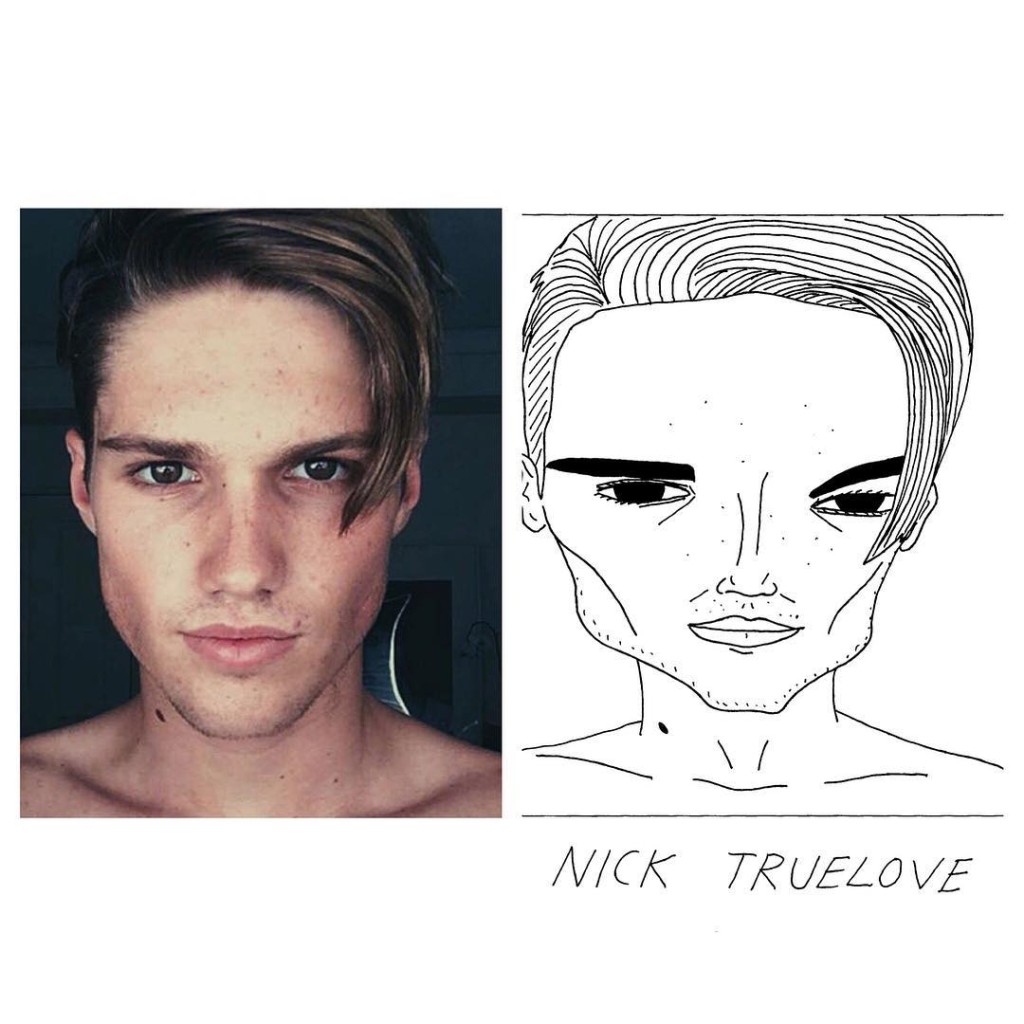 Have you ever heard back from a model - either in person, or via a message on Instagram or online - reacting to your work? What was that like?

Oh yeah, I get quite a few reactions! I generally try to message each model I draw, just to send them the drawing and let them know I like their work. It still surprises me, but a lot reply to say they like their portrait and have seen my work! It's definitely a relief when they see it and like it - I haven't had any requests to delete any of my drawings yet. I always love it when a model reposts their portrait and I think it's hilarious when I see comments such as, "you've made it!" or, sometimes, "this looks nothing like you!". Quite a few of the models I've drawn have asked me to send them their portrait, so I think there might be a few badly drawn portraits hanging up on walls around the world! 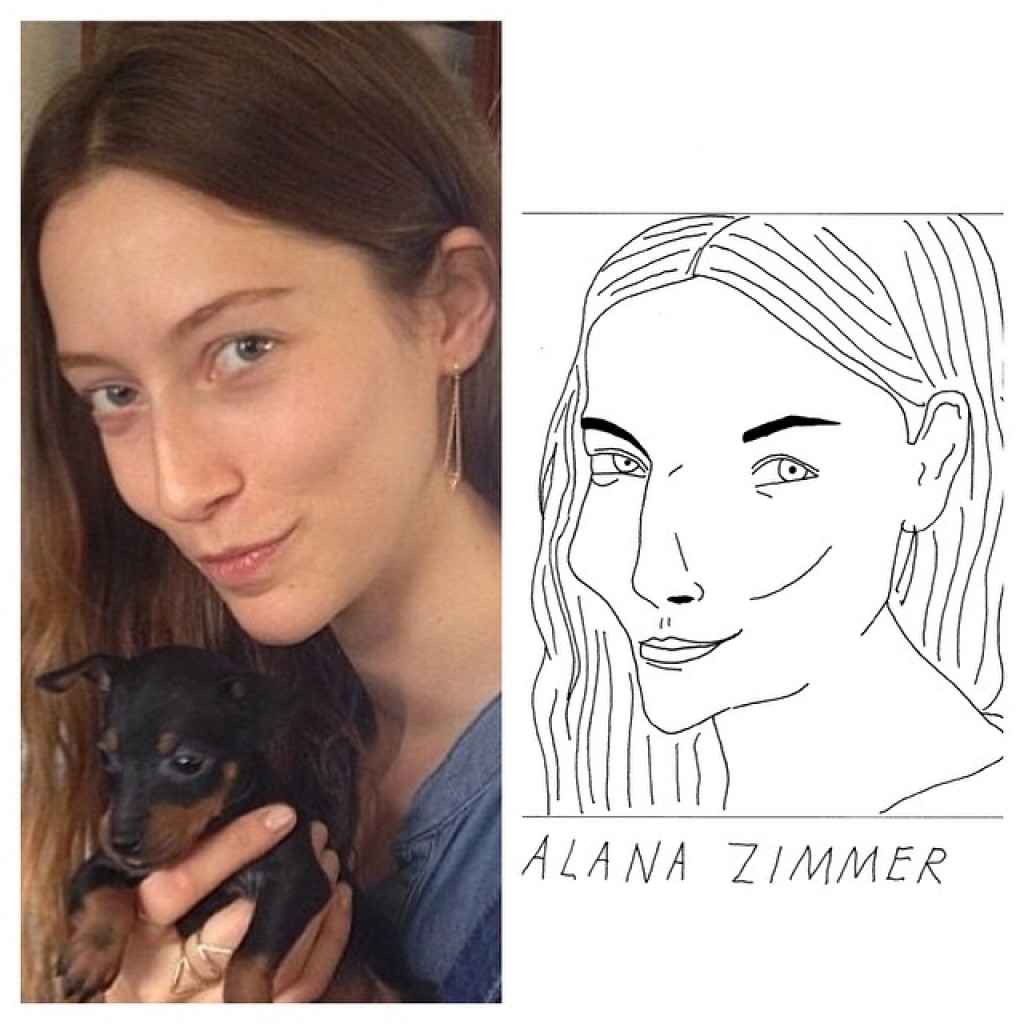 What’s next for Badly Drawn models?

For the moment I'll just keep drawing and hope that people still enjoy my illustrations. Doing something for fashion week in September would be really cool. 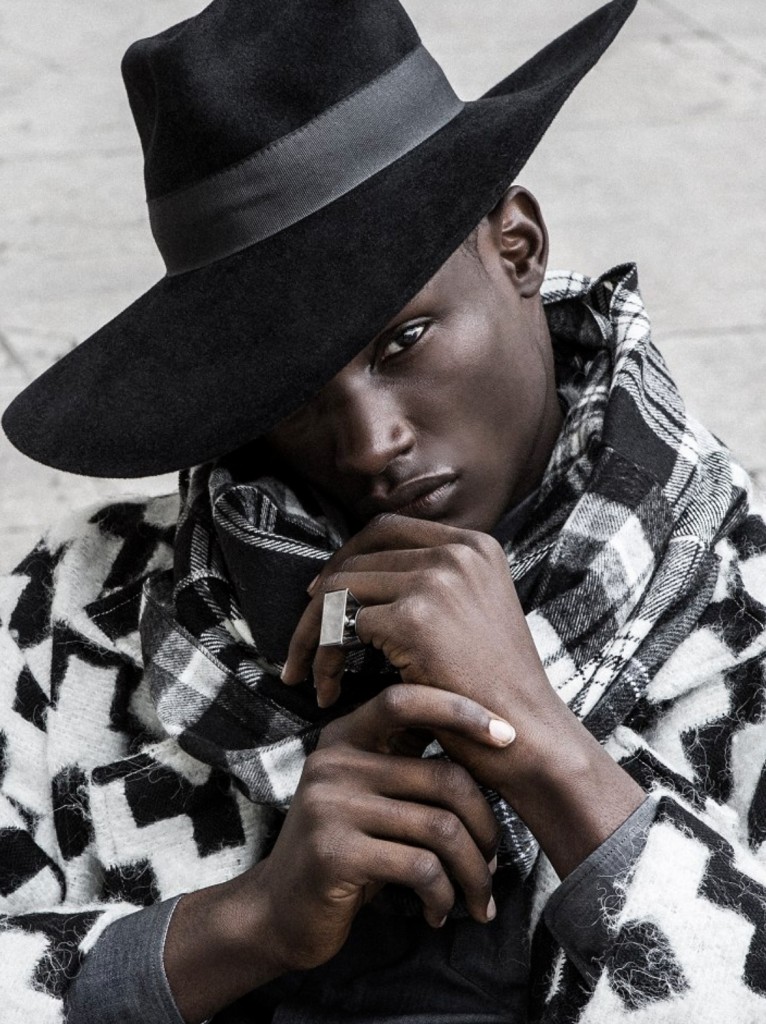 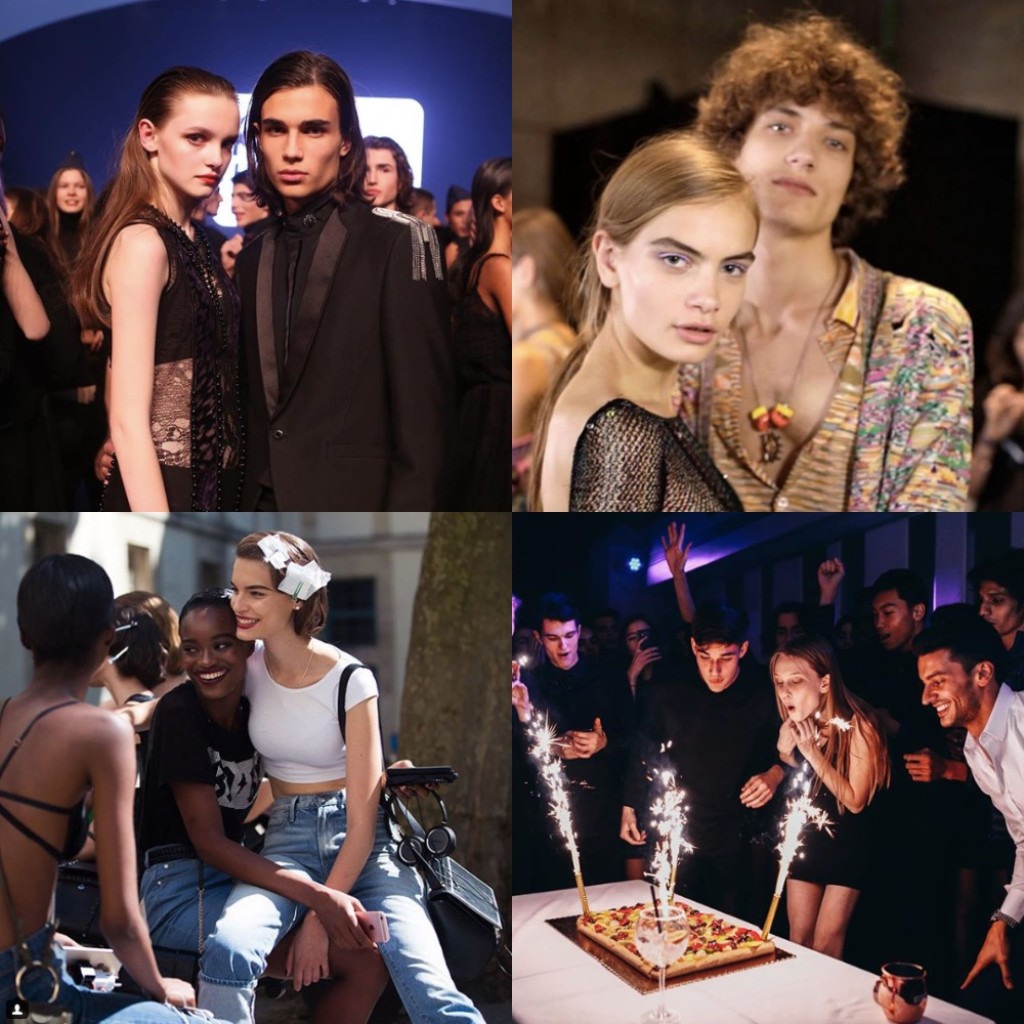 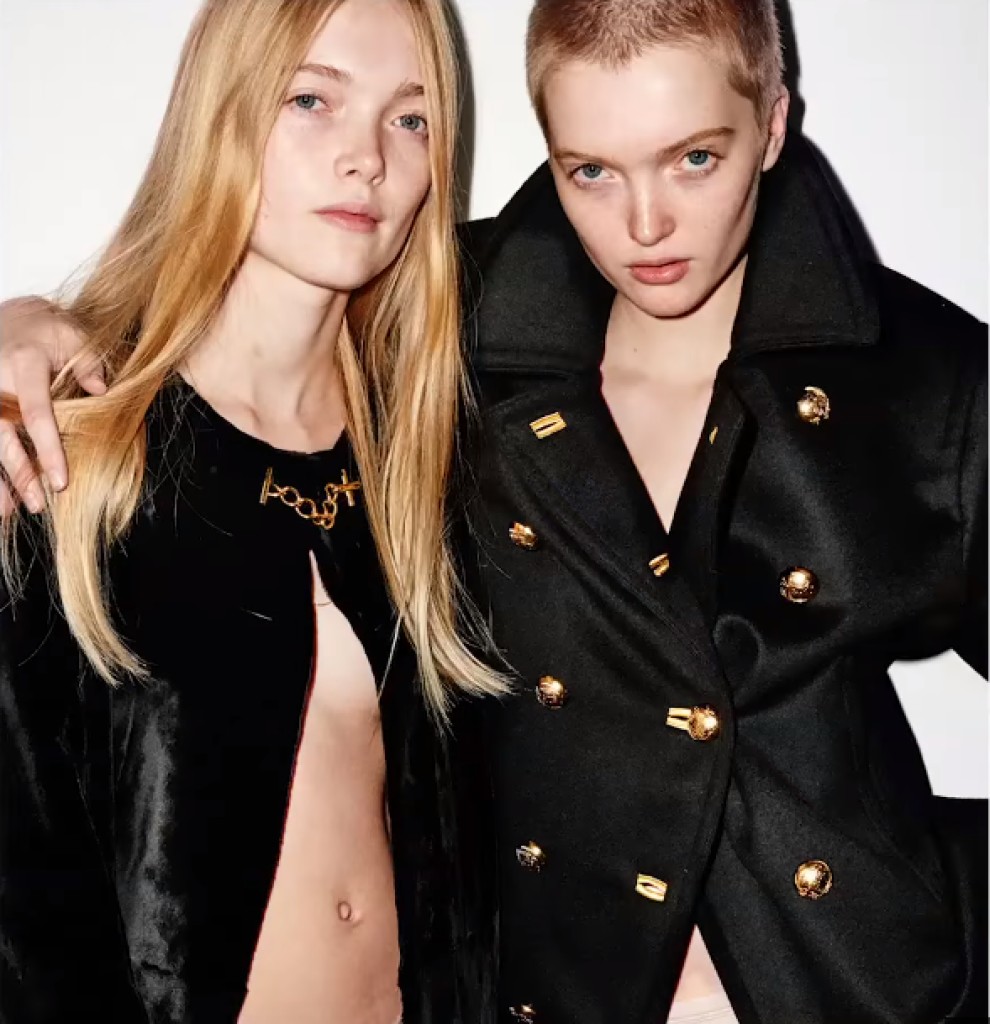 Ruth and May Bell for Burberry