Catch Up With The Winners Of Elite Model Look 2016

Competition News • Dec 7
At the Elite Model Look World Final, the Top 15 represent the 10 girls and 5 boys who won modelling contracts with Elite Worldwide. Click to read our interviews with Overall Winners Jana Tvrdikova and Davidson Obennobo - and catch up with the other girls and boys who made it to the Top 15 below. 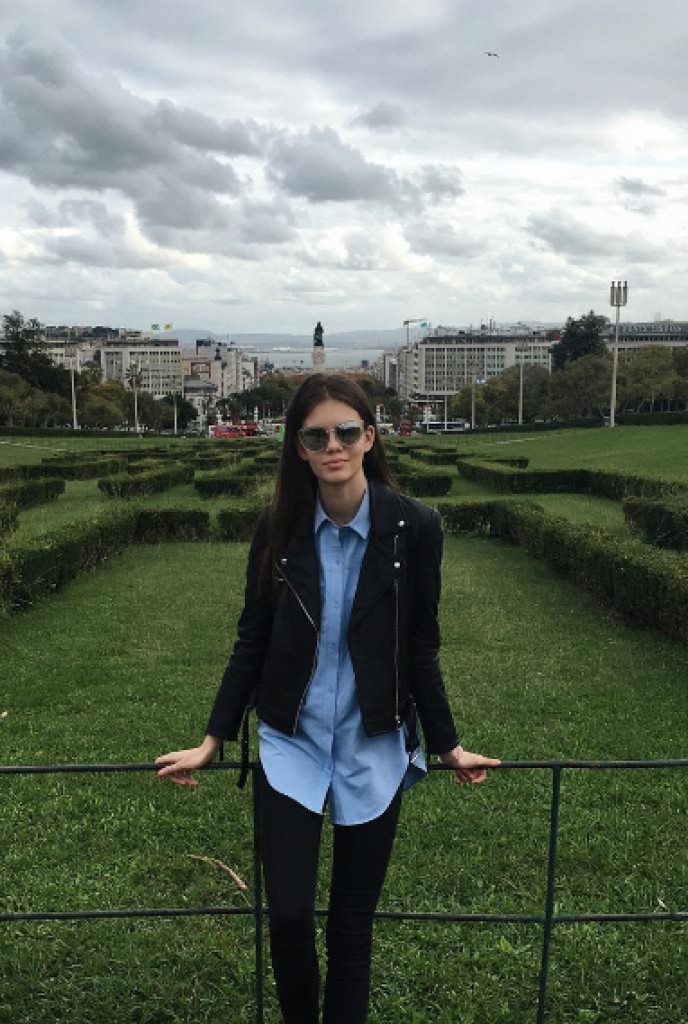 Backstage, before the show, it really felt like we were like one big family showing support to each other, waiting for something magical. My family were watching the show live on EliteModelLook.com together at home in Russia. During Elite Model Look, I learned how to feel myself, confident and beautiful. I can't believe that I am one of the Top 15 girls and boys from all over the world, it’s so exciting! Now that I’m home I really miss everyone I met, I think it changed my life forever - but I am happy to be with my family again. I like cooking in my kitchen, where everything is in its usual place. I celebrated with a dinner with my family and a few close friends. 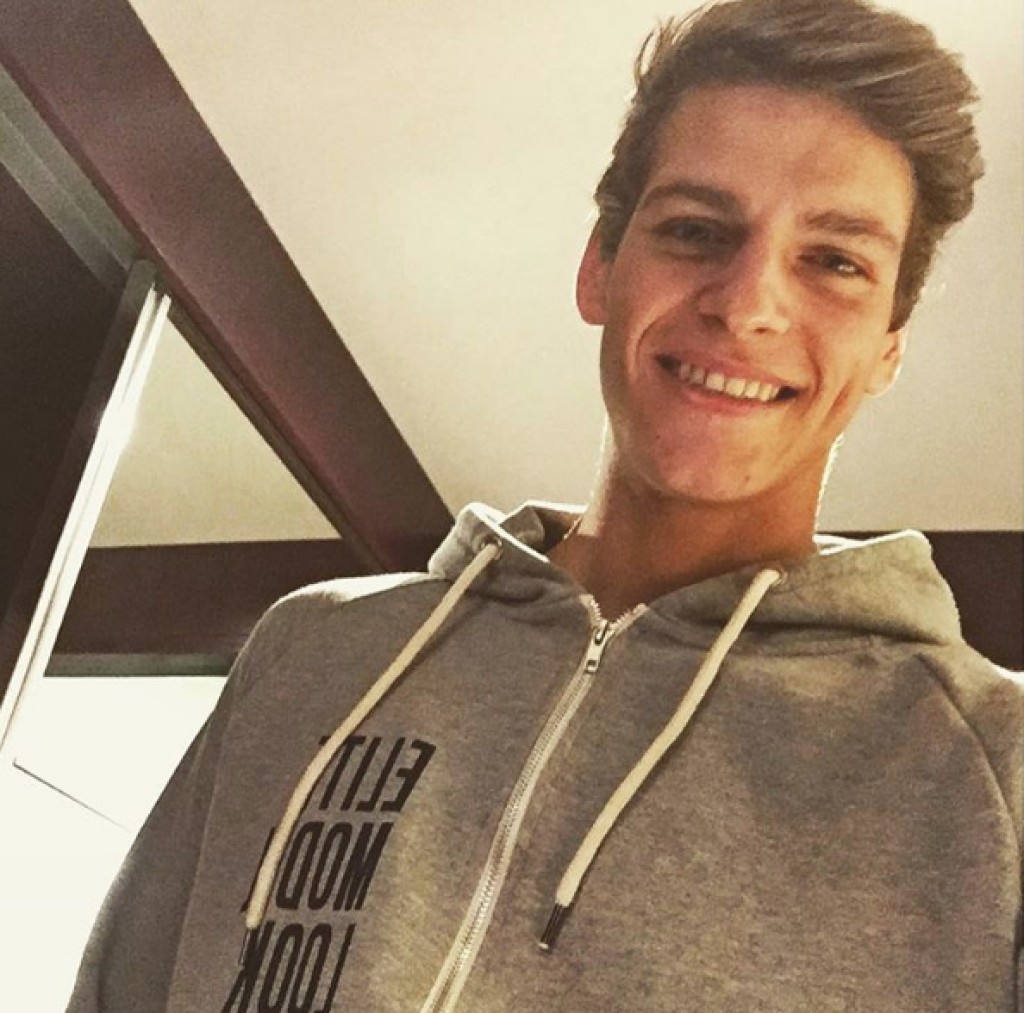 The final show had extra spice to it because, for the first time ever, it was live online, so there were a lot of people watching as well as the thousands of people in the Campo Pequeno. My parents and my agent were in the audience and the rest of my family and friends watched it from home. I was speechless when the top 15 were announced, it was just an amazing feeling, I can’t explain it. My favourite thing that I learned was how to walk. I was so bad on the first day - so I want to say thank you to catwalk coach Ruben Rua for all his advice. I’m sad that EML has finished, I had to go back to school on Monday, but I’m so happy to see my my family and girlfriend at home and sleep in my own bed! 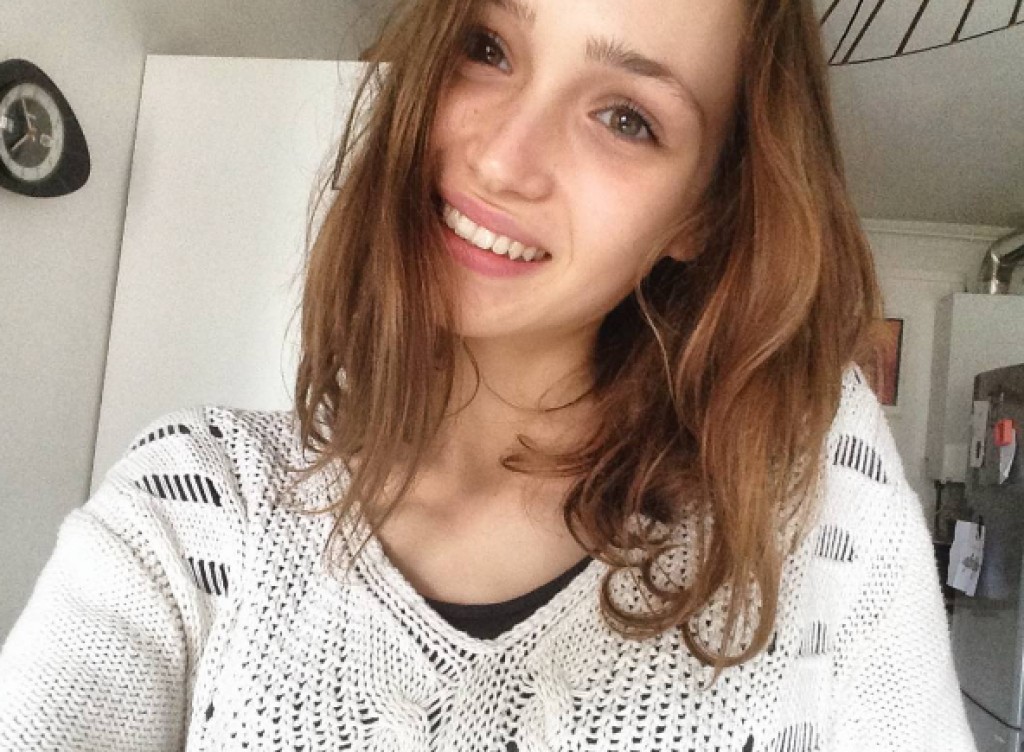 Before going on the catwalk during the live show, my heart was beating so fast so that when I arrived on the stage, I thought of nothing. It was the first time for me, so it was unique and impressive. My parents were in the audience and my sisters watched the show live on EliteModelLook.com from home. I was sad to leave the group because it meant the end of an amazing adventure, but I was very happy to go home and see my family. I'm very happy to have won Top 15, I had hoped for it, but I still can't believe it. As soon as I got back home, my grandparents came to dinner and I told everything to my family about what I did during the World Final. 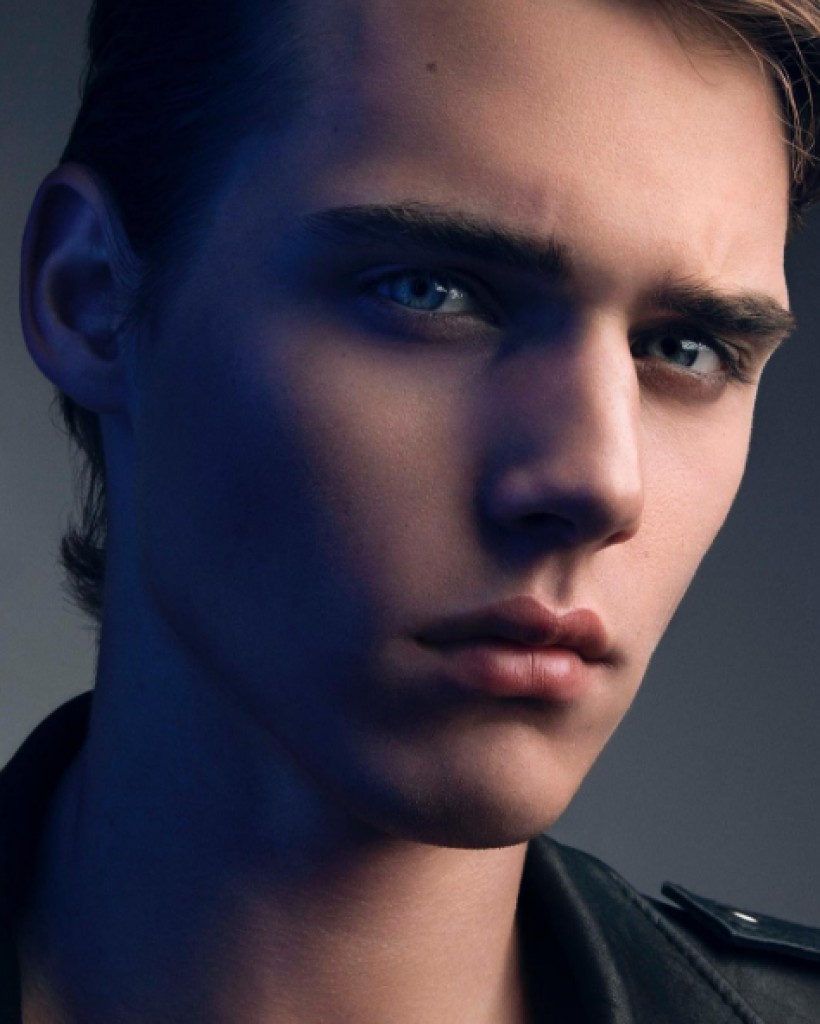 That was the best part of the show was hearing my name being called out. I was a bit nervous doing the live show and after I walked onto the stage it just felt like I was in a dream. I celebrated by calling my family after the show. Words can't describe the feeling to winning Top 15, I was so happy and overwhelmed! The best thing about bootcamp has got to be meeting all of the amazing people, the other contestants and all of the crew that helped us through the week! My friends and family all supported me from home. I do miss all of the new friends I made during the world final, but it was super nice to come home. My favourite thing to do when I got home was hug my girlfriend again. 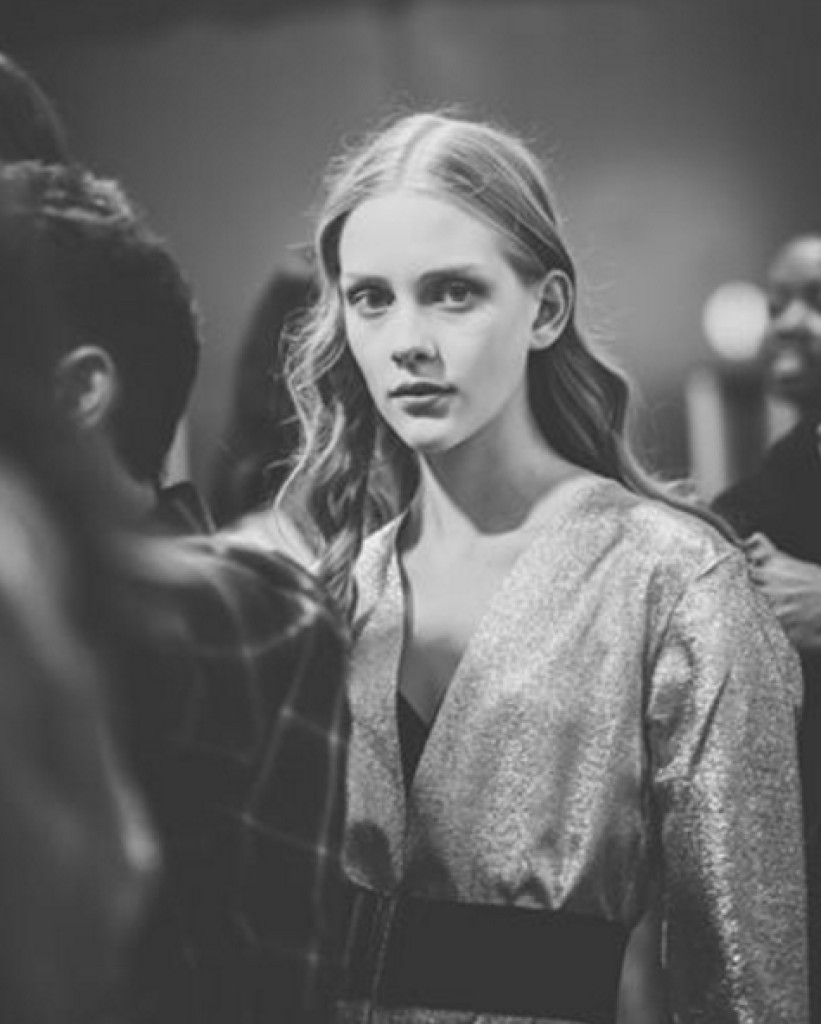 Team spirit, for me, was the biggest thing that I learned from Elite Model Look. I was very nervous during the live show in case I made a mistake and destroyed the whole show, it was a big responsibility. When I got home, I felt happy to be back home with my parents, to cook at home again, but I was a little bit sad to be far from people that I met in Lisbon. But my whole family were fascinated and proud of me when they watched the show live online. 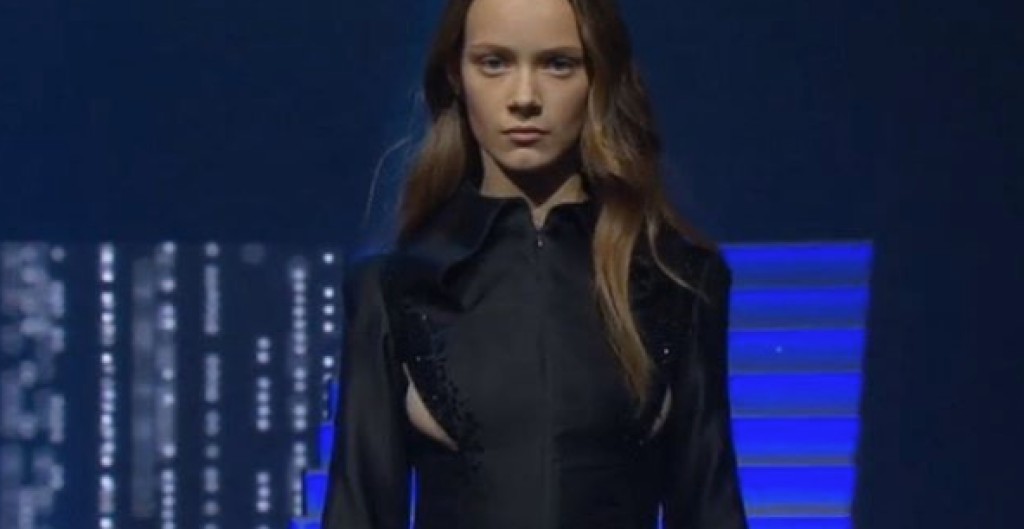 When I was backstage after the first round, I felt so much adrenaline. It felt amazing to win Top 15! I had my parents, my younger sister, five of my best friends and two of their parents at the live show in Lisbon. At home, my whole family and a lot of my friends watched it live. Making the many new friendships I have now was amazing, I’m so glad that I met all of those people. My father picked me up at the airport when I got home and he was waiting with flowers. That same night my friends surprised me with a party. My favourite thing about going home was sleeping in my own bed. Nothing is better than your own bed! 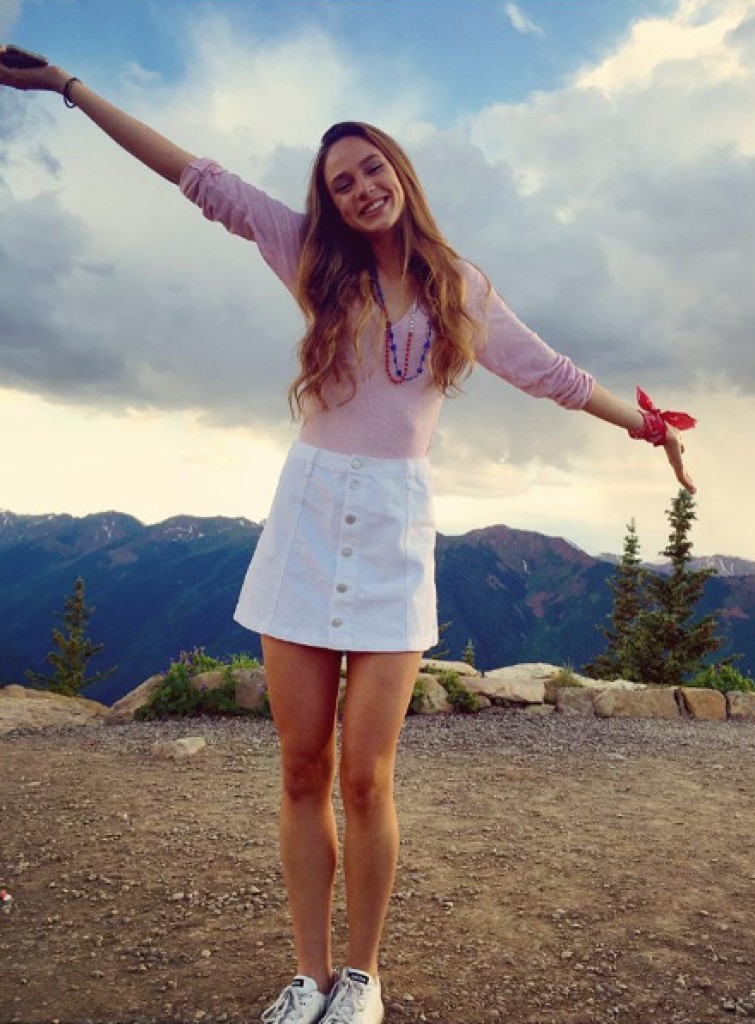 During Elite Model Look, from catwalk coach Erica Oliveira, I learned that regardless of the outcome on the night, we are all unique. From coach Ruben I learned the importance of making memories. They both reinforced the concept that it is who you are on the inside, as a person, not just as a model, that makes you shine. We were reminded by Ruben, that we were representing our country as well as Elite, and we should leave a good impression because everyone, no matter what job they do, is important and should be appreciated. My favorite moment during the final show was right before it started, it was raw and beautiful. Hearing my name being called for Top 15 didn’t feel real. My mom was at the show and I had family and friends back home watching and supporting me, which really meant the world to me. It was hard to come home after the show as I was devastated to leave my new lifelong friends! 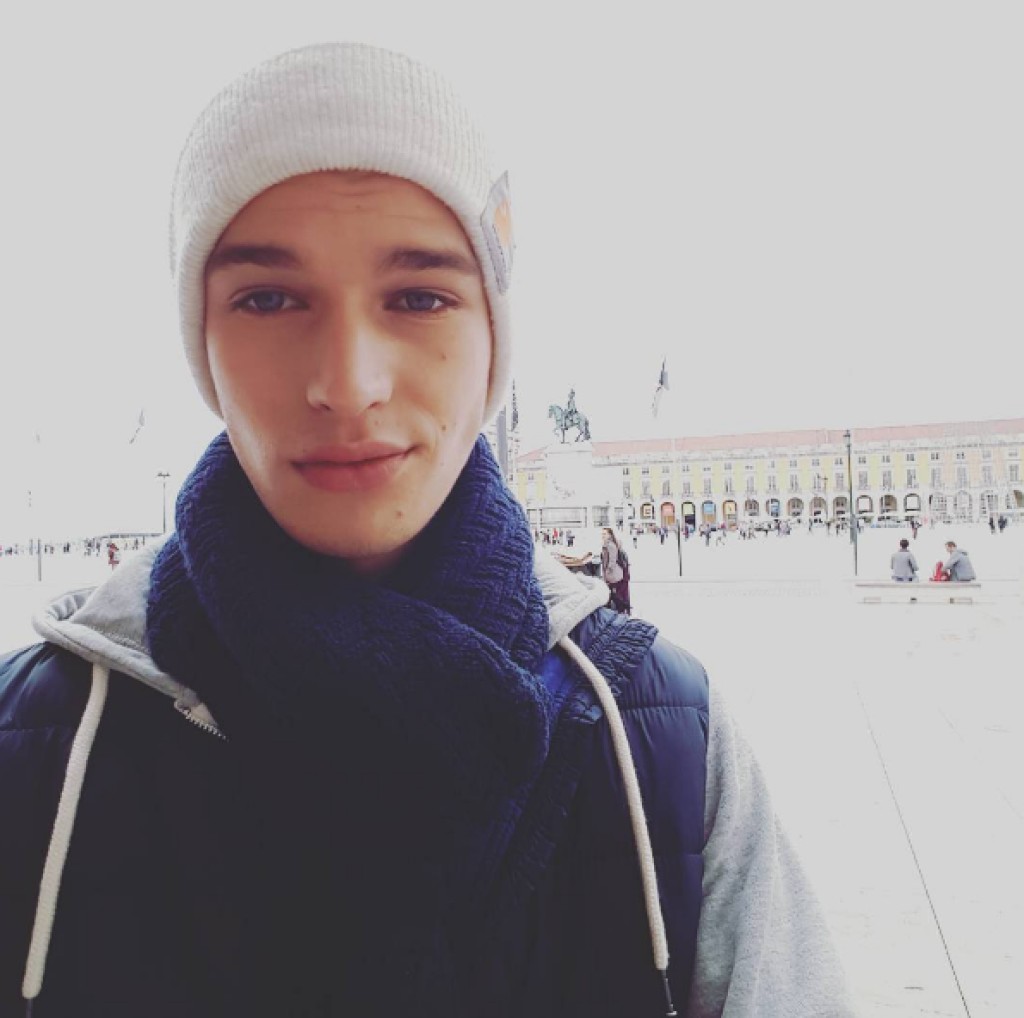 Winning Top 15 was like an electroshock, I was so happy! My mom was in the audience supporting me on the Final night and my girlfriend and my grandparents watched the show live from France on EliteModelLook.com. It was a huge feeling of joy and happiness doing the live show. It was good to get home, but it was sad at the same time, to leave all of the amazing people that I met. My favourite thing once I got home was seeing my girlfriend again! I celebrated by spending the night eating pizza! 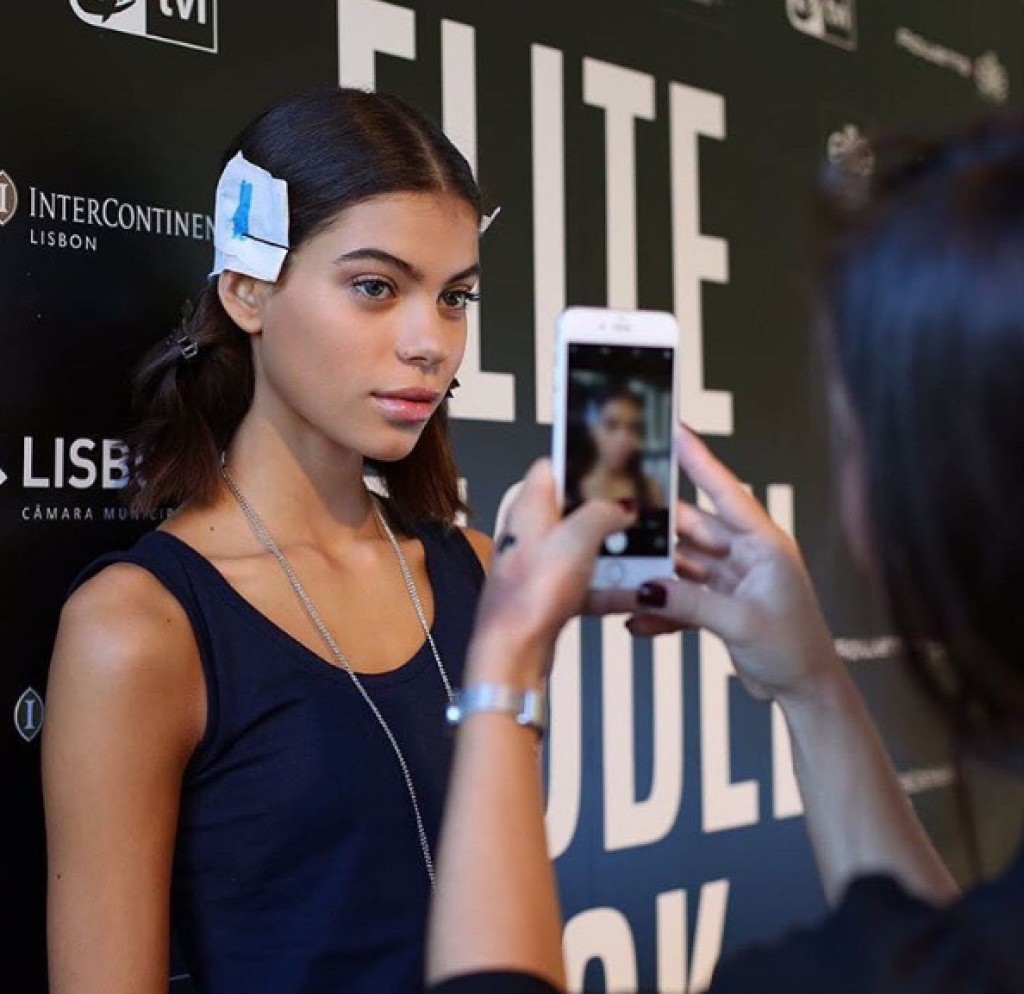 It feels like a dream come true to have won Top 15! Once I took a step onto the catwalk, I felt so beautiful, so powerful. I had twelve family members and six friends come to the show. It was special to get a big cheer from the audience as it was in my capital city. A lot of Portuguese celebrities were there too, I felt so honoured to represent my country, I knew I had to give more of myself. My favourite moment was the last talk we all had in the lobby on the last night. We all sat down and listened to each other and we talked about the future and that was very special to me. It was good going back home to my routine. I missed being with my sister, my parents, my dog and my friends so much during boot camp. But of course, the time at bootcamp felt like it was too short. I think these experiences will mark my life forever! 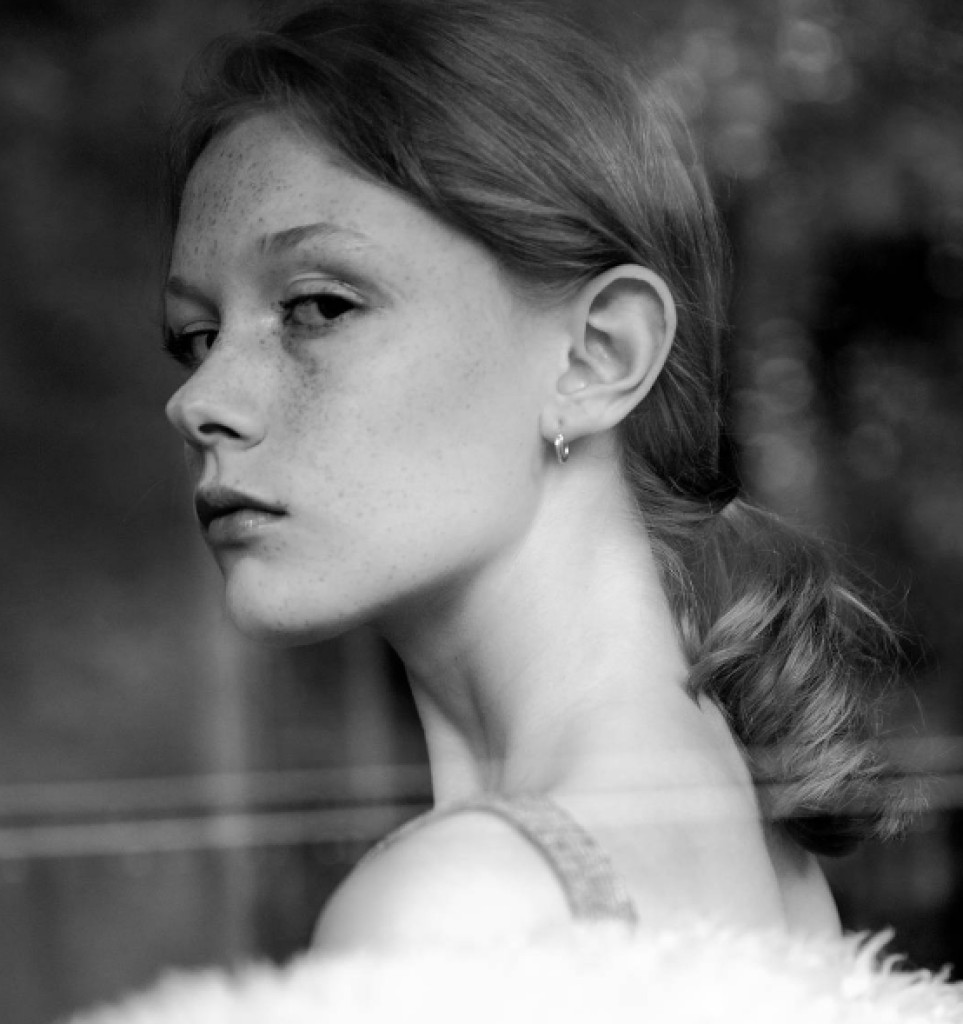 It was a lot of adrenaline to do the live show. I was really stressed when it was my turn to go on stage because of the pressure it gave me. Both my parents and my brother came to see me and a lot of my friends were watching the show live on Facebook. When we were behind the screen, just before they announced the top 15, that was my favourite part. It was such a good vibe, no hate, just a lot of happiness wishing each other good luck and this moment will always stay with me. My walk improved very much during bootcamp, I learned so much. It looks easy but I had to concentrate a lot.

It was good and also sad to come home. I’m really going to miss the friends I made, but we are definitely going to see each other again. Winning Top 15 was really great and exciting, a door of opportunity has opened and I can’t wait to get started!

It felt really good to watch all of our hard work coming together in a fantastic Final show. I was so surprised to win Top 15! My mom, sister and grandmother were in the audience and my dad and my friends watched from home. Getting home was weird because at the show and bootcamp, I became so used to people taking pictures of me! It was nice to get home to relax. The first thing I did when I got home was sleep! I really miss all the other contestants, they are like my new family. After the show, we had a party with all of the agents and models, we danced and we talked, it was really cool. It was a great end to a great day! 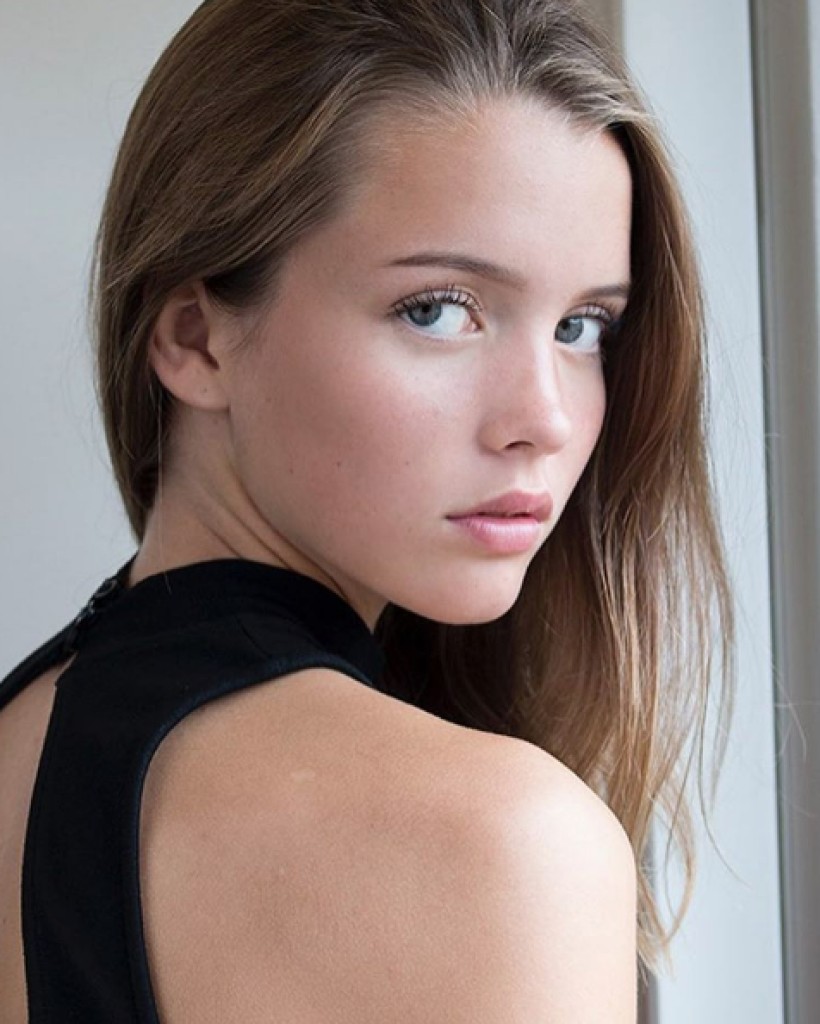 My favourite part of the Final was at the end of the show when all of the finalists ran up and hugged each other on stage, because Top 15 or not, we were all so happy and it felt amazing to be with all of those incredible people on that stage. Almost all of my friends and family were watching the show live from home, that felt great! Winning Top 15 felt so unreal, it went by so quickly. I enjoyed making the video with the film clips and the interviews, but also getting to know everyone and spending time with all of the other contestants and having fun. I learned how to walk in heels and to catwalk properly, I could barely stand in heels before, and now I can actually walk! I took a bath and hung out with all of my friends once I got home, we celebrated by going out for sushi. 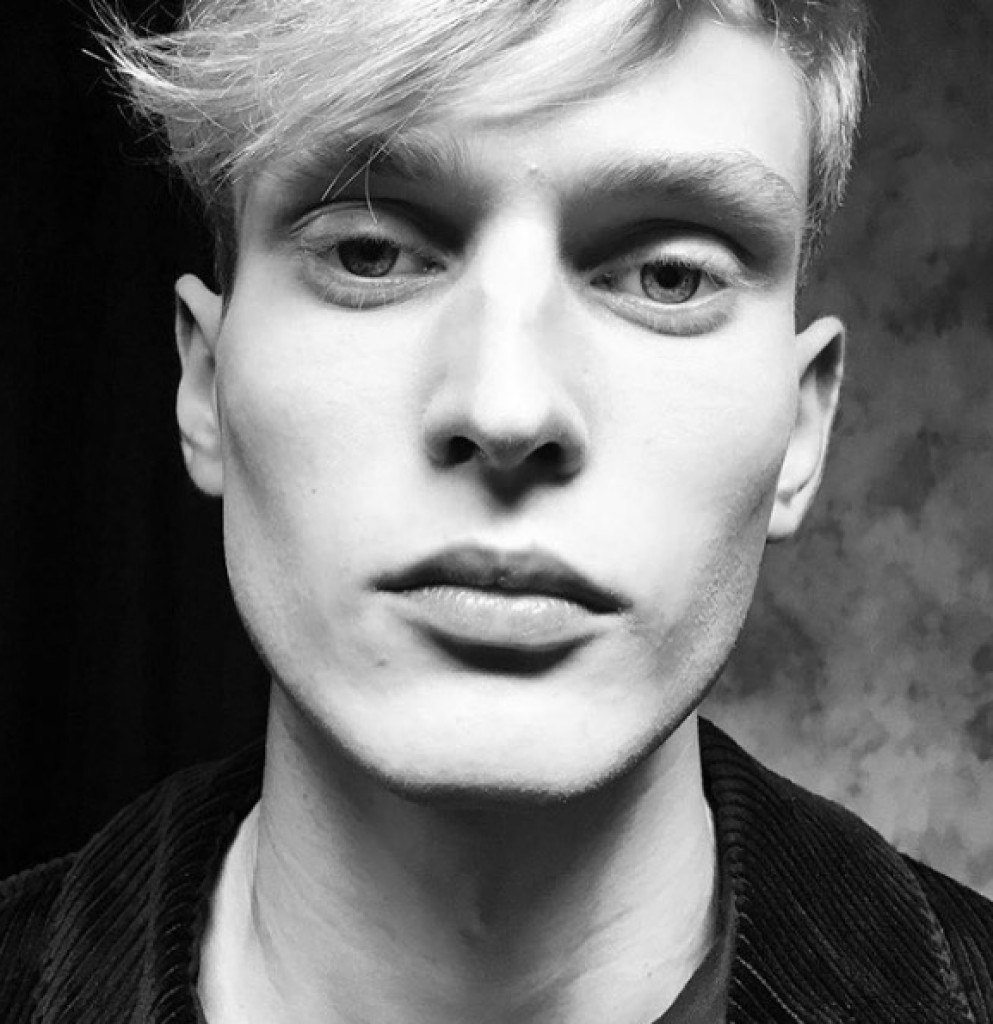 I have not been that happy in a long time. It was an amazing feeling to have won Top 15, I was almost crying! Everything about the Final show was amazing, it was just great. My friends and family were watching the show live back at home, I missed them a lot so it was good to see them and hang out with my friends again when I got home. My parents and I celebrated by going out for dinner, it was so good! I really miss the EML finalists. It was such an amazing experience spending time with them, I wish I could do it all over again! 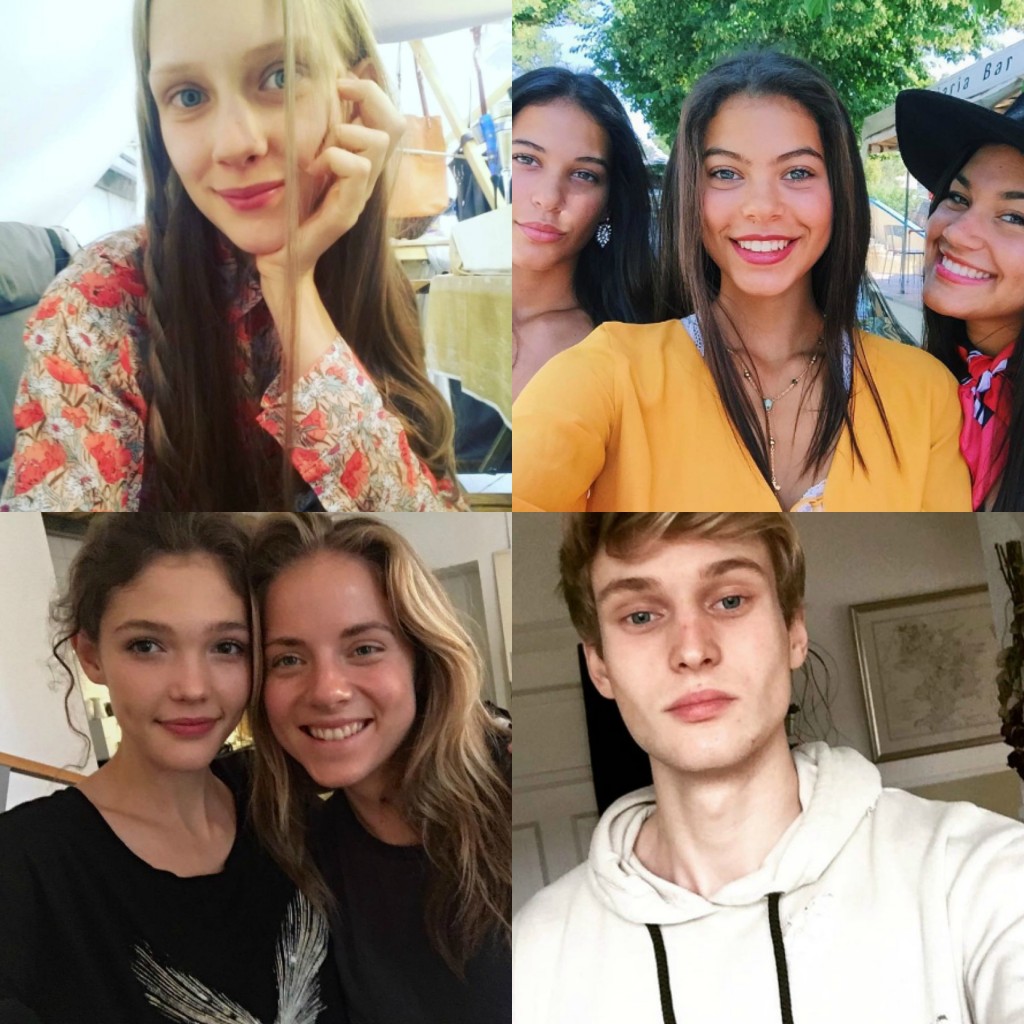 Winners 2016: How were you discovered? 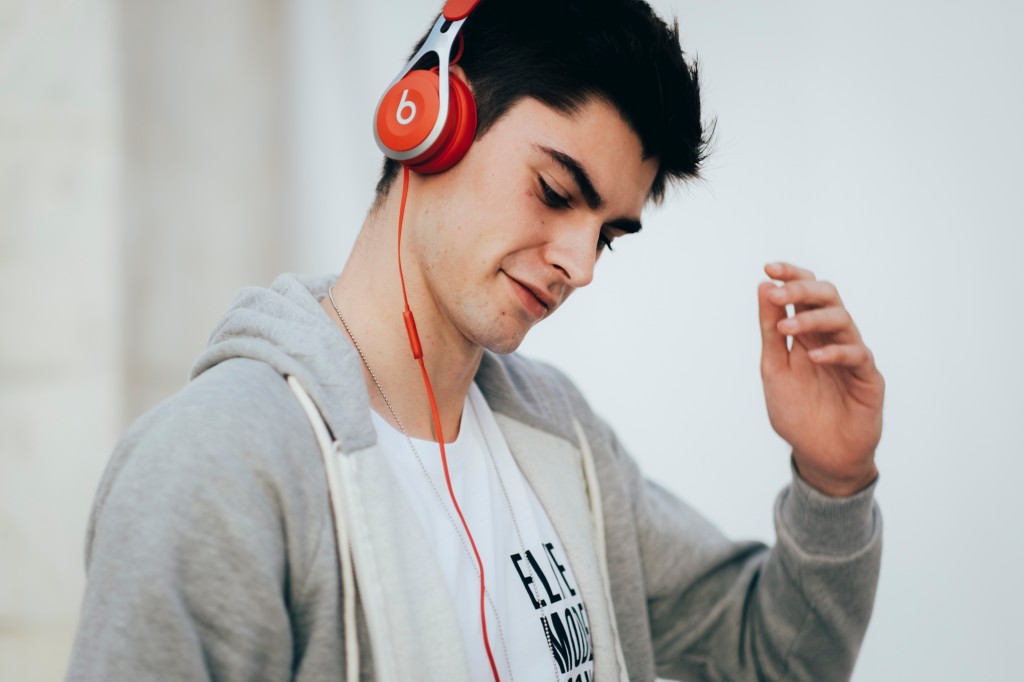 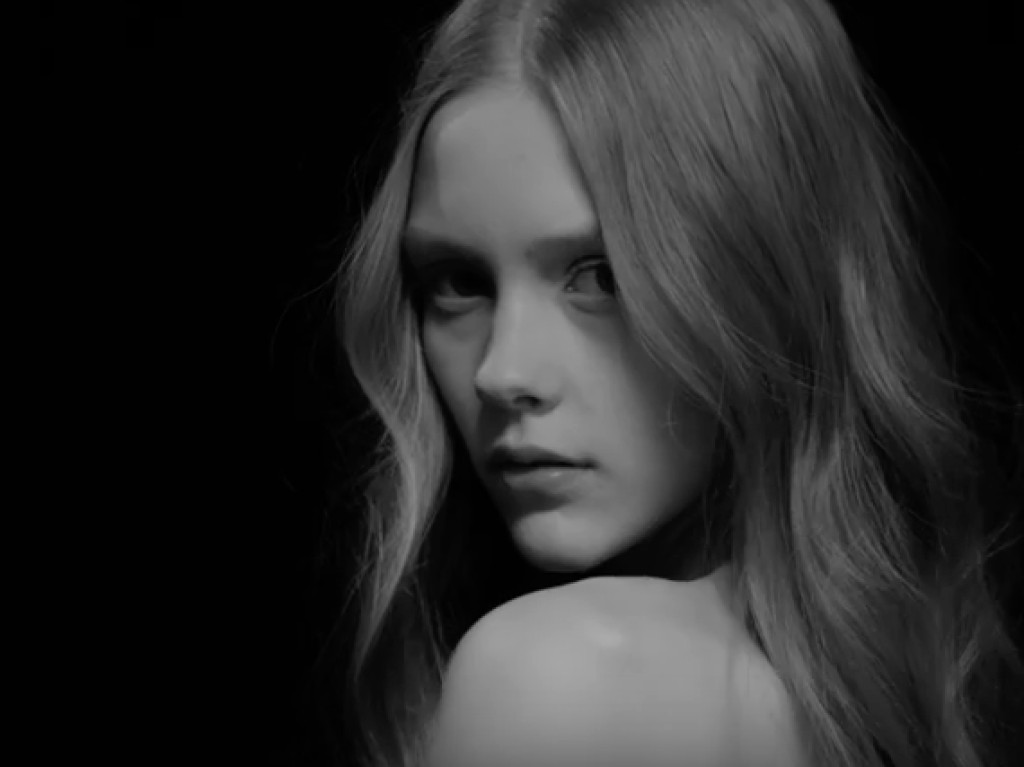