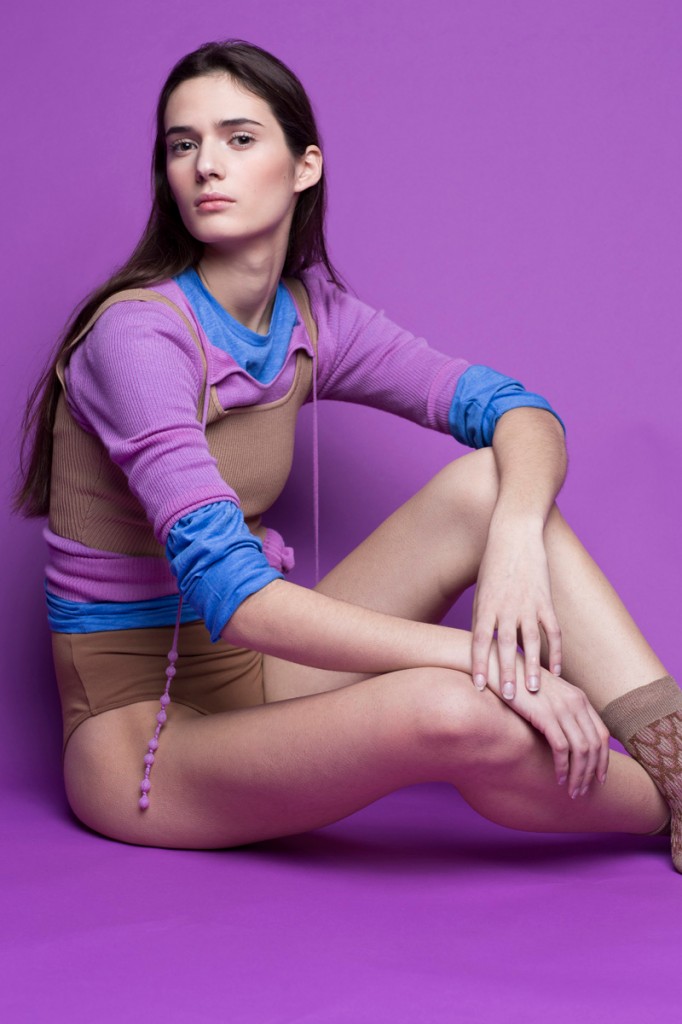 At Elite Model Look we say: “your differences make our world”. What makes you different?

What is your passion?

One of my passions is cooking, I’ve always been interested in it and my mother is a great cook, its something we like to do together.

Tell us your favourite...

Inspirational quote: "Simplicity is the key to elegance" - Coco Chanel.

Film: The Devil Wears Prada (2006). I love how it’s all about the fashion industry – an industry I hope one day to be a part of!

Sport: I do gymnastics about two or three times a week. I also love going to the gym. When I was younger I also did lots of ballet, I did it for 11 years, and I have also done 4 years of contemporary dance.

Model: I adore Vittoria Ceretti, Léa Julian and Paul Manniez. I admire them because they’ve walked for great fashion designers and I would love to have a career like them! Elite Model Look has an amazing history, it is an honour to be part of the list of Winners. At the World Final, I look forward to meeting all the Finalists from all over the world and to meet new designers, the Elite Model Look team who will help to coach me and give lots of advice about the industry.

What is the best advice you ever got?

The best advice I have received is to stay true to yourself and to not believe everything that other people might say.

If you could go anywhere in the world, where would you go?

I would like to go to China and Japan to discover the culture and traditions.

What’s the best thing you ever achieved as a team or in a group?

The best thing I’ve done as a group was Elite Model Look Bootcamp, the sense of family spirit and the way that everyone was supporting each other was lovely.

If you could give $1m to any cause, what would it be and why?

If I had to give a million dollars, it would be for the fight against cancer. My mother was affected by cancer when I was 5 years old, and it’s so important to give to cancer charities to speed up research so that more people can recover.

How does it feel to represent France at the 35th Elite Model Look?

It was a big surprise and it took me a while to take it all in. It was only when people started to congratulate me that it began to sink in. I heard about the competition on social media, I applied online and went to a casting in Paris with my parents, they had really encouraged me to apply, and so did my two big sisters. I never thought I would win, it’s been such an amazing experience. I’ve learnt so much so far and have quickly began to understand the level of professionalism which I need to have in order to succeed in the fashion world.

Tell us about France!

France is famous for its historical monuments such as the Eiffel Tower, as well as for high fashion and Paris Fashion Week, as well as its reputation for the cuisine of course! We have so many famous people, like the lawyer and writer Simone Veil who helped fight for women’s rights and was President of the European Parliament. Recently, I’ve been very proud of the French football team, we won the world cup in July and that was a huge achievement!